Yes! Democracy is for Amateurs

I'm sharing a recent article by Eric Liu, co-author of The Gardens of Democracy and creator of the Guiding Lights Weekend, a conference on creative citizenship that appeared in The Atlantic.  Eric was formerly a speechwriter and deputy domestic policy adviser for President Bill Clinton. Please read and pass on.  I feel and see what Eric is talking about, and know that vibrant communities and effective local democracy will happen if more people agreed that democracy is for amateurs and saw themselves as citizen citizens.

Check out the four forces that Eric says need to be activated to revive a spirit of citizenship - and let's share thinking on these via comments.
Janis

Democracy is for Amateurs:  Why We Need More Citizen Citizens
by Eric Liu 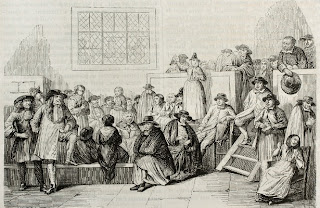 This year I'll wrap up a decade as a trustee of the Seattle Public Library. Our board of five citizens has unusual authority. Appointed by the mayor, we are an independent operating body. The city council gives us a line in the budget, but how we spend those funds, on what programs, in what allocations across which neighborhoods, with what kinds of popular input, and under what policies -- all such decisions rest in the hands of our citizen board.

There's something very American about such a volunteer body. We celebrate the "citizen scientist" or "citizen diplomat" or "citizen soldier" on the idea that while the job -- scientist, diplomat, soldier -- requires professional expertise, amateurs who care can also step in and contribute. Indeed, this is something of a golden age for amateurs. With big data and social media amplifying their wisdom, crowds of amateurs are remaking astronomy, finance, biochemistry and other fields.

But not so much the field called democracy. The work of democratic life -- solving shared problems, shaping plans, pushing for change, making grievances heard -- has become ever more professionalized over the last generation. Money has gained outsize and self-compounding power in elections. A welter of lobbyists, regulators, consultants, bankrollers, wonks-for-hire, and "smart-ALECs" has crowded amateurs out of the daily work of self-government at every level. Bodies like the library board are the exception.

What we need today are more citizen citizens. Both the left and the right are coming to see this. It is the thread that connects the anti-elite 99 percent movement with the anti-elite Tea Party. It also animates an emerging web of civic-minded techies who want to "hack" citizenship and government.

Why is government in America so hack-worthy now? There is a giant literature on how interest groups have captured our politics, with touchstones texts by Mancur Olson, Jonathan Rauch, and Francis Fukuyama. The message of these studies is depressingly simple: democratic institutions tend toward what Rauch calls "demosclerosis" -- encrustation by a million little constituencies who clog the arteries of government and make it impossible for the state to move or adapt.

This tendency operates in an accelerating feedback loop. When self-government is dominated by professionals representing various interests, a vicious cycle of citizen detachment ensues. Regular people come to treat civic problems as something outside themselves, something done to them, rather than something they have a hand in making and could have a hand in unmaking. They anticipate that engagement is futile, and their prediction fulfills itself.

So how do we replace this vicious cycle with a virtuous one? What does it take to revive a spirit of citizenship as something undertaken by amateurs and volunteers with a stake in their own lives? There are four forces to activate, and they cut across the usual left-right lines.

First, we have to develop what filmmaker Annie Leonard calls our "citizen muscle." As Americans we have hugely overdeveloped consumer muscles and atrophied citizen muscles. When we are consumers first, our elected leaders sell us exactly what we want: lower taxes, more spending, special rules for every subgroup.

Having a citizen muscle means thinking about the future and not just immediate gratification. It means asking what helps the community thrive, not just oneself. It means observing social change like a naturalist, and responding to it like a gardener. It means learning and teaching a curriculum of power -- in schools, and in settings for all ages -- so that we can practice power, even as amateurs.

Second, we need to radically refocus on the local. When the evolutionary biologist David Sloan Wilson launched the Binghamton Neighborhood Project, he broke down that city's many paralyzing problems into human-scale chunks of action -- turning an empty lot into a park, say, or organizing faith communities -- and then linked up the people active in each chunk. Localism gives citizens autonomy to solve problems; networked localism enables them to spread and scale those solutions.

Third, think in terms of challenges rather than orders. One of the best ways to tap collective smarts is to set great goals and let diverse solutions emerge -- to be big on the what and small on the how. This is a lesson ecologist Rafe Sagarin emphasizes in his work: challenge grants like the X Prize motivate people to participate and innovate far more than top-down directives do. How can government behave more this way?

Fourth, create platforms where citizen citizens can actively serve. Code for America plugs software developers into city halls for a year so they can help government work better and spark decentralized citizen problem-solving. It's a great program -- and a template for other kinds of talent-tapping for the common good. How about Write for America, or Design, or Build?

So what are the obstacles to the cultivation of "citizen citizenship"? One is the assumption that only the privileged can afford the time to participate. There's of course truth to that. But the rising immigrant rights movement and the emergence of domestic workers as a civic force, to name but two recent examples, suggest that where there is will to make time there's a way.

A cynic might also say that the well educated and well connected will always have an edge in the game of civic participation. Maybe. This is the benefit of a robust ecosystem of nonprofit citizen organizations that can circulate that expertise and the power of those contacts to people with fewer advantages. Think of it as progressive taxation of social capital: the more connected you are, the more obligated to pay that social wealth forward.

A final fear is that when amateurs get organized they can get coopted by the powers of the status quo. But if so, reconstitute: Mark Meckler, who co-founded the Tea Party Patriots as a political amateur and an independent, found that his original network was hardening into a rigid GOP interest group. So he left and started Citizens for Self-Governance, which has a conservative bent but is dedicated to getting people from left and right to address issues like criminal justice in more creative, orthogonal ways than our politics typically allows.

Recently I came upon a billboard by a congested highway. "You're not stuck in traffic," it said. You are traffic." We aren't stuck in sclerotic government and extractive politics. We are these things. Our actions and omissions contribute to the conditions we decry. Or, to put it in positive terms: if we make the little shifts in mindset and habit to reclaim civic life, they will compound into contagion. We are the renewal of self-government we yearn for. That may sound like Obama '08 -- but it's also Reagan '80.

Citizenship, in the end, is too important to be left to professionals. It's time for us all to be trustees, of our libraries and every other part of public life. It's time to democratize democracy again.