Inner Visions and the Power of One 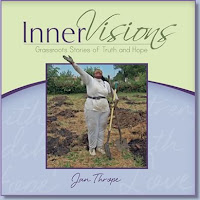 Do you ever feel overwhelmed with the bigness of the problems that you are trying to address and wonder what difference you can possibly make?  I do. Often. That's why I find so much inspiration in people who find a way to make a difference, one step at a time, in the most surprising ways.  And I'm inspired now.

Imagine that you are living in a city that was just awarded the dubious honor of "Poorest City in the United States" and you are just one person, volunteering with a transitional housing program and tutoring a young boy from one of those neighborhoods that always show up on lists that include words like "poor" or the more politically correct "challenged" in their title.  What more than you are doing could you do?

I talked with a woman who was in exactly that position this morning.  I first met Jan Thrope last winter when Grassroots Grantmakers organized a special training for delegations from Cleveland and Denver in Lawrence, MA with Lawrence Community Works.  I saw Jan again this fall in Atlanta as Grassroots Grantmakers' most recent On the Ground learning gathering.  But this morning was the first time that we really talked.  I contacted Jan because I had heard about the Good News Tours that she is now doing and was curious.  As Jan shared her story, I quickly went from curious to inspired.

Jan talked about the discouragement she felt when Cleveland was named Poorest City a few years ago and the new determination she felt to be part of something that made a difference.  She isn't a native of Cleveland but has lived there long enough to have deep roots and the ability to see a different side of Cleveland than that distinction suggested.  A man who spoke at a poverty summit that she was attending brought the conversation about big plans and big programs back to the ground for her - saying that what he really needed most was some underwear.  Who in that room was thinking about real people like him, in very real situations like his?

Jan had that in mind as she was working with the young boy she was tutoring, and began to listen to this young boy in new ways - hearing what he thought about his neighborhood and then taking pictures of what places he described.  She also heard dreams in what he was telling her - not just despair.  These conversations and these photos resulted in an amazing book - Inner Visions: Grassroots Stories of Truth and Hope - on sale now at Amazon, Barnes and Noble and, hopefully, your local bookseller, with all profits going to support community work in Cleveland.

So that's Chapter 1 - and Chapters 2 and 3 get even better.  Jan has now established Inner Visions of Cleveland, an organization that is dedicated to transforming Cleveland and East Cleveland neighborhoods into thriving communities by supporting community improvement projects that are initiated and led by residents. Jan describes Inner Visions as a non-profit but then goes on to say that she was intentional about not seeking non-profit status for the organization, saying that the red-tape in obtaining that status and the responsibilities that go along with having the status felt more like a barrier to doing what she had in mind.  She wondered if there was another way, and is indeed finding that way. Working with a commitment to using all donations and proceeds from books sales to fund community projects, and a belief that "small bucks can bring about big change when neighbors work towards shared goals and contribute their talents to projects", Jan is focused on getting things done by creating connections between people who are on journeys from pain to passion to purpose - a journey she says all people share, regardless of their economic situations.

As one way to do this, Jan has been experimenting with Good News Tours - relationship-building excursions that are designed to challenge the perception that poor neighborhoods are devoid of hope and possibilities and plant relationship seeds that can grow into purpose-driven connections.  This weekend she will taking 15 people - including an 11 year boy who wants to get other kids excited about giving back to their community, people of wealth who are open to a new way of giving, and people from a church in a neighborhood they will be visiting - on a Good News Tour.  And good news is abundant on this tour, with these stops along the way: 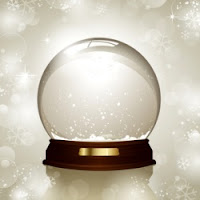 Grassroots Grantmakers is digging into a new project in 2012 with the help of Rachel Oscar.  Rachel is working with Grassroots Grantmakers as an AmeriCorps VISTA Volunteer, focused on helping our network learn more about resident-led grantmaking.
We could also call resident-led grantmaking constituent-led grantmaking - at its most basic, grantmaking that is designed in a way that positions people who have "skin in the game" as grant proposal reviewers, evaluators and decision-makers.  In most cases in our network, that means people who live together in a neighborhood are making decisions about grants that benefit their neighborhood.

With that background, I am sharing an insightful reflection that Rachel wrote after sitting in on a discussion with people who work with The Cleveland Foundations' Neighborhood Connections' resident-led grantmaking committee in Cleveland.  I will be sharing reflections from Rachel from time to time on this blog.  You can also check out Rachel's Reflections on Grassroots Grantmakers' website.

The Gray Zone
by Rachel Oscar

The tricky thing about grassroots grantmaking is that it operates in the nebulous gray space of the funding world. Behind the foundation walls are dollars and cents that add up very neatly, accounts receivable records coming through humming fax machines, and proof of non-profit status reports in piles across cubicle desks. On the streets of Cleveland City’s neighborhoods the papers don’t stack up quite as nicely and in many cases there aren’t even papers to stack. There are grassroots groups that operate out of community centers and homes, there are neighbors and friends that clean up their local parks, and there are teachers and students whose projects are only just ideas on paper. Community projects are widespread and diverse and, as you can imagine, difficult to hold to a set of grantmaking rules. But in the grantmaking world where clear expectations and rules are essential parts of doing business, how do you accommodate small, neighborhood grants?

Enter: The Gray Zone. As I mentioned grassroots grantmaking functions in the gray zone of the funding world. But here is the kicker, grassroots grantmaking programs do this intentionally. While it may seem far easier to build a set of all-encompassing rules that will quality and disqualify groups for funding, the truth is that in order to have a successful program the rules have to be relatively loose. I was at a lunch meeting a couple days ago with a group of people who provide support and technical assistance to Neighborhood Connections grantees. In the Neighborhood Connection circles these technical assistance providers are called Connectors. The group was sharing successes and problems they faced when conducting their site visits. People raised concerns about how tempting it is for non-profits that act as fiscal agents to to present their own projects as resident-led projects and about residents who apply for multiple grants for the same project in an attempt to get more money. The Connectors started brainstorming about rules that could be put in place to deal with these challenges – more rules for fiscal agents and more rules for residents.

As I reflected on the suggestions, it became clearer and clearer that there couldn’t really be any one hard rule put in place to prevent these kinds of things from happening. Because, as members of the grantmaking committee will tell you, some of the most unlikely characters have seen some of the greatest successes and some projects that have been set up for success have seen failure. Neighborhood grantmaking seems clunky because it’s as much about people and relationships as it is about good planning and experience. As I continue to observe it, it becomes clear just how crucial the skills and talents of the grantmaking committees are—specifically resident-led grantmaking committees. They are the champions of The Gray Zone. Their observations and discussions help navigate this nebulous space and identify which applicants are working to achieve the goals of Neighborhood Connections: strengthening neighborhood relationships, building community capacity, and empowering grassroots community groups.

What has been your experience with the contribution that everyday people can make in the gray zone? Or do you have thoughts about resident-led grantmaking to share? We're all ears. Post a comment here or connect with us via email.
No comments: Links to this post

The Big Three for Grassroots Grantmaking 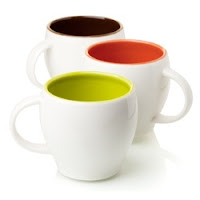 If you missed this webinar but would like to check it out, the recording and associated materials are available on Grassroots Grantmakers' website.  Also check out and register for the upcoming webinar  - Community Network Building (February 21, 3:00 ET), featuring Bill Traynor and Frankie Blackburn sharing insights from a recent convening of a group of highly innovative community network builders. Hope to see you there.
No comments: Links to this post