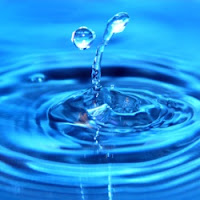 I was in Cleveland recently, part of  the Residents at the Center: The Power of Grassroots Grantmaking Forum that The Foundation Center hosted there.  We had a full house of more than 70 people attending in person, and others in an untold number of places watching via simulcast. The recordings of my presentation, the follow-up panel discussion, and the podcast that The Foundation Center used to help promote the forum are now available if you want to check them out out.

Ira Resnick, wherever you are, are we thinking big enough for you now? I hope you're smiling.

And keep on smiling.  While I was there, I had the privilege of sitting in on a meeting of Neighborhood Connections' grantmaking committee - the meeting where they approved $300,000 in grants, ranging from $500 to $5,000,  to Cleveland area community groups.  Did you get that?  Yes, I said $300,000 in grants of $5,000 or less.  And this was just one of the two rounds of grants that Neighborhood Connections awards each year.  Yes, indeed, there's big goings-on in Cleveland for grassroots grantmaking.

I regularly point people who want to try out resident-led grantmaking to Neighborhood Connections, but I hadn't seen the grantmaking committee at work before this visit.  I have been impressed by The Cleveland Foundation's willingness to turn the decision-making about who gets grants from this program over to neighborhood residents, and the process that is used to select people to sit on this committee that goes beyond usual suspects to reach the often untapped layer of community leadership. But seeing this group at work - witnessing how they thought about these grants and the deep understanding and respect they showed for the power and possibilities of everyday people in their active citizen roles - was really wonderful.

If you're thinking that it's easy to be wonderful when you have plenty of money, let me say this - "oh, really?"  Yes, the grantmaking budget is big here, but the work is anything but easy.  Imagine the outreach it takes to reach deeply into neighborhoods all across the city of Cleveland and the staff and committee work it takes to review proposals of $5,000 or less representing $1 million in requests.  And since the best grassroots grantmaking work is about relationships and not just the grantmaking transaction, there's all the work that goes on after the grant is made - connecting grantee groups together so that they can teach and inspire each other, coaching groups and leaders, keeping an ear to the ground for ways to invite resident leaders to new tables and new conversations, and setting up ways for groups to celebrate their accomplishments in ways that promote learning and open up new possibilities.

If that's not enough, I was also able to sit in on some brainstorming with a group that Neighborhood Connections had brought together to participate in small group training that Grassroots Grantmakers facilitated earlier in the year - visiting with the amazing team at Lawrence Community Works to learn about LCW's NeighborCircles process.  I loved the big thinking around that table - and that at least one person around the table had already taken steps from thinking to acting to try out this process. Before I headed home, I had the opportunity to also get in some conversations with a number of people from a surprising variety of different types of organizations - people who are either supporting or actively engaged in grassroots grantmaking already or intrigued about the possibilities.

Big thinking has broken out all over in Cleveland, and it was wonderful to have had the opportunity to swim around in that water for a few days.  I suspect, however, that similar waters are waiting in surprising places.  Is that your city?  Are you involved with or spotting interesting work that may not now embrace the label "grassroots grantmaking" that feels like the work that I describe on this blog?  Do you sense that there's big goings-on in your place (organization/town/city/region)?  If "yes" is your answer, please connect!  I would love to share your story!