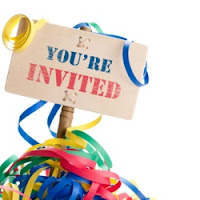 Whenever I hear that a funder can't find anyone to apply for a grant - and of course I'm talking here about funders who are thinking big about the type of small grants that are a core tool of grassroots grantmaking - I begin to ask questions.  My detective work usually turns up a problem in the application process that the funder has designed.  It might be something about how the funder is getting the word out about the grant opportunity.  Quite often, it's something about the application itself.

I don’t think there is any such thing as the perfect application.  If I did, I’d share it here.  Applications, just like every other design element of grassroots grantmaking programs, need to be tailored to work in your community.  I can share some basic do’s and don’ts – starting points for designing or redesigning good small grants applications.

I think there’s something important about sitting down with a few questions that are designed to help spark some thinking and put some more flesh and bones on an idea.  I also believe in processes that support and encourage the thinking on the idea to continue.  It’s no surprise then that I believe that the most powerful application formats are ones that include a few good questions, and don’t lock people into hanging onto wherever they were in thinking about an idea at the time they completed the application.

Other than the basic “who are you” questions, I like questions that ask people to:
If you need to ask how the idea is connected to some goal that you have for your small grants program – then ask that as well.  But of course, in people friendly terms rather than funder jargon.

Pretty simple, right?  But more than this, I love applications that use questions like these to set up conversations that don’t really get formalized until after the grant is awarded.  I love applications that are beginning points for the discussions that the staff or grantmaking committees have with the applicant organizations and provide room for the group to continue to “grow” their idea throughout the application process.  The way I handled that when I was a grantmaker was to tell the grantmaking committee members that the application was simply the beginning point for a conversation, make sure that face to face “level playing field” conversations happened between the applicant and those who would be making the grant recommendation, and to avoid those crazy score cards that try to take the subjectivity out of the grant review process.   I also kept the “deal” regarding how money would be spent open as long as possible by holding tight to power to hold new grantees to the budget that they submitted AFTER they knew that they were receiving a grant and for how much.  I loved the opportunity to make hay with the power of endorsement that comes with receiving a grant from a prestigious funding organization, and tell a group to stretch the money we had awarded as far as possible by telling other potential partners that we believed in them and so should they.

What I don’t like is 15 pages of chutes and ladders- type questions.   That’s funders doing what they think they need to do in the name of some crazy idea of due diligence that is not appropriate for the big thinking world of grassroots grantmaking.

If you spotted an application with questions like these, would it be inviting?  Would it encourage you to continue or discourage you from taking the next step?  And, if you’re a funder, would it be enough for you to make a decision and be confident about what you’re buying?  Just enough, that’s what I have in mind.  What do you think?