Giftmaking vs. Grantmaking in a We Begin with Residents World 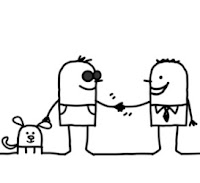 I've been in the middle of several conversations about money in the past week - funders talking about where money fits into the community improvement, strengthening local democracy picture.  I heard several funders say that they have learned to never lead with money - meaning that beginning a conversation or relationship with "Who needs money?" or "We have some money to give" is a bad idea.  I heard others say that they have learned that money is one of the least powerful tools that funders have in their community improvement toolbox.  This was a familiar conversation.

This time, however, it was sitting on top of another recent exchange about what it means for a funder to say (and mean) that they begin with residents.  It was community residents this time saying that if you begin with us, just give us the money.

Wow.  Maybe the "never lead with money" funders are right about the corrupting quality of money.  Or maybe the community residents are right when they are telling funders that it is a game for a funder to say that it's not about money when it's so apparent that money is in the room - wearing a disguise or blatantly out in the open - and is shaping the power dynamics in the funder-community resident relationship. Or just maybe these are two extremes of a continuum that has creative grantmaking on one end, and generous giftmaking on the other end.

I think of gifts and grants as two very different things.  A gift is an act of generosity that isn't supposed to come with strings.  It's me sending money to my daughter for her birthday with a note saying "here's something for you to use however you want".  I might say something like "here's something to help you buy that new coat you need for next winter", but there's nothing explicit or implicit in that statement that says that she can't use the money to make her next Visa payment or put gas in her car or get a massage.  It's a gift.  I might hope that my daughter likes the gift that I give her or, if it's money, uses the money in a way that I think is smart, but I can just hope.  And on her side of the exchange, she also has no way of initiating my gift-giving impulse.  All she can do is hope (or maybe hint) that I remember her birthday with a gift - something that she will like or can use.

I think of a grant as a deal between two parties, and deals, by their very nature, come with strings attached.  Deals also are places where two parties come together who want to get something done that they both care about – perhaps in different ways and for different reasons.  And there's usually some negotiating that happens until both parties get enough of what they want to forward.  When the moving forward happens, there are clear expectations of what is supposed to happen.  In the grantmaking world, the grantee can expect a check from the funder when the grant agreement has been signed and everything has been done that the grantee agreed to do as part of the negotiations about the grant.  The funder, in turn, can expect that the grantee will make their best faith effort to achieve what they said they would achieve in the grant proposal.  For the funder, it's not about getting a massage when you promised to use the money for a new winter coat.  For the grantee, it’s not about a funder deciding to change the terms – how much, for how long, and for what – once the agreement is signed.  It’s a deal.
I know this is basic, but I'm being so basic because I think that in the murkiness that happens when money enters the picture, there's some confusion out there about the difference between a gift and a grant.  I think that this confusion is a cloud that gets in the way of using money well in a "we begin with residents" funding environment.  When I hear grants described as "free money" or a grantmakers' job described as "giving away money", I know that people are thinking about giftmaking and not grantmaking.  And if they come into the grantmaking environment with giftmaking in mind, they are sure to be disappointed, even when the best "we begin with residents" funders is at the table.  When I hear funders say that money isn't important, I hear frustration that comes with being perceived as a walking dollar sign with expectations that people have about getting "free money" when there is so much else the funder could bring to the deal and when the “walking dollar sign” person has to navigate through both legal requirements and policy guidelines that come with the grantmaking territory.

My response to the community group that says "we begin with residents" funding is about giving freer access to the funder's checkbook is this:  If you're talking about getting to the checkbook in a more straightforward way, without feeling like you've just made it through an obstacle course that is specifically designed to weed out all but the most determined or skilled grantseekers - you're right.  If you're also talking about more opportunities for real conversations about what you are trying to accomplish, more opportunities to really listen to what the funder is trying to accomplish, and a relationship that will enable you and the funder to craft a deal that is good for both of you - you're right.  If you're talking about the type of relationship that allows you to see more than the checkbook, and talk with the funder about what else you need besides money - what information you need, what doors you need help opening, where you're stuck and could use another perspective - you're right.  But if you're talking about free money, with an expectation that this grantmaker will become a giftmaker instead - you're missing the boat.

I'm not one who will ever say that money isn't important or that it's always a mistake to lead with money.  I may be naive, but I believe that the opportunity to apply for a grant can be positioned as a powerful invitation that moves people into action on something that they have been thinking, dreaming or worrying about.  I also understand the limitations of money, and have seen many groups, through the small grants experience, get disillusioned because they really believed that money was the answer and discovered for themselves that it's just part (and often the easiest part) of the answer.  That's why it's so important to completely understand the difference between giftmaking and grantmaking in the "we begin with residents" environment.  If you just want the checkbook, you just may have left more of what you really need to achieve your dream on the table.  And if you're only thinking about money, you're not in a position to join with a funder who aspires to work from a "we begin with residents" orientation and together bring everyday, tangible meaning to that term.

I know that there are people reading this deal with the sticky part of grantmaking every day - on the grantmaking side and on the grant receiving side - would love to hear what you have to say about grantmaking and giftmaking in a we begin with residents world.  Look for "comment" and join in.