How It Adds Up 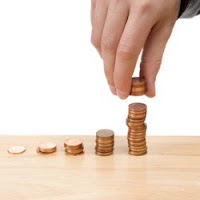 As I was preparing for my remarks last week at Grantmakers in Health's annual meeting, I checked in with several Grassroots Grantmakers member organizations to get some fresh stories that illustrate the path between "first grant" and "powerful result".  I was reminded once again about the power of grassroots grantmaking's patient money type of grantmaking, with stories about how impact stacked up over time - and how impact often surpassed anything that could have been predicted in the early days of the grantmaker-grantee relationship.

I heard about The Denver Foundation's Strengthening Neighborhoods Program's patient series of investments in the work a PICO local organizing committee's active query into the lack of productive after school activities for young people in Aurora, the third largest city in Colorado.  Light bulb after light bulb lit up as the group discovered the relationship between local government expenditures and indoor recreational opportunities, did their research, made a plan, and found allies.  Their work has resulted in a ballot initiative that would fund several new community recreational facilities.

And then there was The Woods Fund of Chicago's support for STOP (Southside Together Organizing for Power), a community organization that works to build the power of residents on Chicago's Southside that may look unconventional from the outside, but has been able to achieve win after win on important community issues.  Their work has included tenant organizing to access to mental health facilities and trauma centers.  The Woods Fund says that the type of support they provide - capacity building support at first, and then operating support instead of project support - has enabled the group to work on issues as they emerge, and that the group's success has been tied to their ability to quickly respond.

And finally, I learned about the Incarnate Word Foundation's $5,000 grant to a group of 11 women - The Women's Helping Hands Bank - for a micro-lending project.  The women, with a new sense of their own power and possibilities, went on to create The Urban Greens Market, a membership farmers market that connects residents in an urban food desert with produce from local farmers, and design their own IDA-like savings program.  Incarnate Word Foundation's President, Bridget Flood, said that she purposefully did not join the planning conversations of the Women's Helping Hands Bank or any of the other groups that received small grants for micro-lending programs initially, wanting to avoid shifting the conversation from what the groups thought would work to what the funder thought would work. The wisdom of this decision showed up down the road, with the tremendous changes could be traced back to an initial $5,000 investment

These three stories underscore to me the importance of getting the relationship right.  With Denver, it was the patient money relationship that kept the door open over time for a group to tap into small amounts of resources when resources were what was needed to move their work ahead.  With the Woods Fund, it was a relationship that allowed the grantee to be agile and grab onto community issues when the time was right to move change ahead - without having to come back to the funder for a Mother-May-I conversation.  For the Incarnate Word Foundation, it was staying in a posture of curiosity and possibility when venturing out with a new idea, and trusting the ability of everyday people (vs. credentialed experts) to design something that works.  It was the right relationship that had a lot to do with how success added up at the community level.

These stories make me wonder about how we can do a better job of finding the right balance between anticipating things to measure in the grant proposal stage of the relationship and doing what it takes to build the right relationships that seem to be at the heart of these "adding up" stories.  When we're caught up in metrics mania, I wonder if we think about measuring ourselves as funders as well as the groups that we fund.  And if we do, how are we measuring our success at building relationships with our grantees that actually contribute to their success? How are we building our own capacity as funders to build constructive relationships with everyday people and the associations that they form as well as the more established non-profits in our world?  And how are we measuring our own progress towards that goal?

How is this playing out for you?  And what are you (and I'm talking here to people on both the grantmaker and grantee side of funding relationships) learning about relationships that really contribute to "adding up" - impact, change, and a sense of our own individual and collective power and responsibility in our communities?  Weigh in with a comment or contact me directly for a conversation.  I'm all ears.