The Ins and Outs of Community 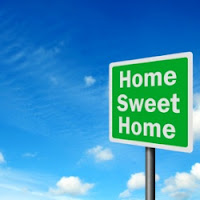 I was thinking about our conversation on community attachment and why it matters when I spotted this fascinating interactive map, showing the "ins and outs" of communities in 2008 - and by "ins and outs", I mean people moving in and out.   Physically.  But also emotionally.  As I clicked on my county and saw the arrows in and arrows out, representing people moving in and out in just one year, I was surprised by how much of this was going on in this rural community.  When I checked out other places that I know and love - places I have lived, and cities that I know because of the work I do with Grassroots Grantmakers - the in's and out's were astounding.  Check it out yourself and you'll see what I mean.

The Knight Foundation's Soul of the Community research looked at these very questions - what is it that attaches people to their communities?  What contributes to feelings of being attached (or not attached) to a place?

There's a lot that's interesting about that question and what the Knight Foundation, working with the Gallup organization, found from interviews with nearly 43,000 people over 3 years of research in 26 communities is that attachment matters.  Communities where people feel attached are communities where people feel more hopeful. Hope is nice.  But what's really getting attention is another truth about attachment - that attachment also relates to the economic prosperity of the community.  How's that for some rubber hitting the road?

As I clicked through the "in and out" map, I remembered Paula Ellis saying that there's a window of time when attachment happens or doesn't happen - somewhere 5-6 years after arriving - wondering about the "moving away" decisions and the opportunities that "moving in" could bring, and thinking about my own experience.  While most of my moves have been job-related, I've had very different experiences in my new locales - ranging from almost immediately "at home" to never feeling that I belonged.  When I've felt at home, I've extended myself into community - initiating contact with strangers, joining groups, showing up as fully "me", contributing and growing.  When I've remained a stranger, I've created a life in my cocoon, waiting for the time that I could move on.

Building a New Path from Dreaming to Doing 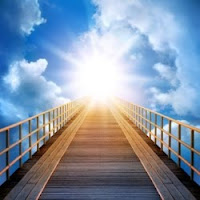 I was talking with a funder recently about some very solid work they are doing with neighborhood groups in their community when I suddenly the conversation felt very familiar. The funder was telling me about a series of community conversations that had been held in each neighborhood and the list of priorities that had come out of each meeting. Before the funder got to the items on the list, I started naming the items that would be there to myself. And it's not because I'm clairvoyant or extremely wise that I was right. It's because the list includes what everyone wants for their neighborhood:
And the list could go on or be expertly reformatted into funder-friendly categories such as safety, economic development, community development, housing, education, environment, youth, etc.

What happened next in our conversation is one of the common "big thinking" roadblocks I see in the grassroots grantmaking world. The funder was wondering about his/her best approach to begin acting on these priorities. Residents had said what they want. Now what is the funder to do if they want to act in a "we begin with residents" manner?

Before I go further, I want to acknowledge that big problems like those that contribute to a call for more safety, better education, better and more affordable housing, opportunities for youth require investment and hard work at all levels. I think that funders are often very good at some levels and are especially good at doing things that involve funding non-profit organizations. They are often not very good at the other two ends of the spectrum - working at the high-level policy level and working with everyday people who are most directly impacted by these issues. It's at the everyday people end of this spectrum that I think about every day.

We're all "everyday people", at least for some hours of the day. And we've all probably been called on to join in some brainstorming about what would be different if our realities were closer to our dreams - in our home, our neighborhood, our broader community, our region, or our country. My experience is that I and others go crazy brainstorming and then someone takes the flip charts back to the office and another meeting happens somewhere about moving our dreams to action. And my experience is that what I put on the list for someone else to do is different from what I put on the list for ME to do. There are a lot of things that would be okay with me if someone else would do them, but they at not things that would end up on my list - that I feel passionate enough about for me to act.

It the middle of the conversation with this funder, it occurred to me that it is that "packing up the flip charts and taking them home moment" - the real one that happens at the end of a meeting or the virtual one that happens at the end of a conversation - that changes things from the "we begin with residents" orientation of grassroots grantmaking to the more typical funder- every people relationship, especially when the everyday people involved are from neighborhoods or communities that have been over-studied, over-surveyed, or over-run by from-the-outside, well-intentioned help.

This is the moment when the most powerful thing a funder can do is to step back and use the big thinking on small grants orientation as a question.
I love the way that I've seen some funders start with the space for people to talk and dream, and then share the invitation to apply for a small grant for those people who are catching on fire with an idea. I also love the way that I've seen other funders stay engaged with grantees, providing the space needed for people to imagine "what's next" after they launch out with their first idea and catch on fire again with another idea. Both ways of acting at this everyday people end of the spectrum feel like natural paths from dreaming to doing that change the dynamics in important ways between funders and the everyday people who live in the communities where they are investing.

So my answer to "what should I do with this list of priorities" question is simple. Invite the everyday people who created that list onto the dreaming to doing path with some big thinking on small grants.