Your Question is My Question 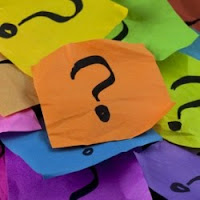 I recently had the pleasure of spending a few days in Lawrence, Massachusetts with a group at Lawrence Community Works - exploring the ins and outs of practice around network weaving. I love small group settings with people who are journeying along similar paths, designed to take us away from the day to day obligations in our home space and really connect in a spirit of co-learning. This gathering was one of those.

It was also a place that felt welcoming and comfortable for me, right from the beginning. The "space" itself had something to do with that but it was more than how the rooms were set up or how the time together was organized. It was about mostly about an attitude that was stated this way:
Your question is my question.

With this as a backdrop, I invite you to think with me about the relationships that everyday people in groups have with funding organizations. When money is on the horizon, "your question is my question" is often at play. Whatever question the funder is asking becomes the question that is most intriguing to the grant applicant organization. I've experienced that. I've done that. I've been guilty of becoming a talented contortionist to demonstrate that "your question is my question" in a grant application. Haven't you? Haven't we all?

The big thinking about small grants funders who are part of Grasssroots Grantmakers network are trying to turn the tables on this question. What if the community's question became the funder's question? This is what we mean when we say grassroots grantmakers (the funders who embrace the principles and practices of grassroots grantmaking) work from a "we begin with residents" perspective. It's funders who know how maximize the impact of their money and clout by "leading by stepping back" - finding and investing in the ideas, passion, and energy of community residents.

I love the "we begin with residents" perspective. But here's what I've been thinking about recently and what my time in Lawrence underscored.

What if my question is really your question - whoever you are? What if we can put the craziness that comes when money is in the picture aside and acknowledge that it takes all of us - all of our perspectives and all of our questions - to get to the future that we all want? What if funders could put their question on the table with enough curiosity and humility to let grant applicants know that they are all ears for all answers and not just the answers they are hoping to hear? And what if community members had the open door they need with funders to feel comfortable putting their questions on the table with the confidence to know that "my question is your question"?

What do you think/what has been your experience with creating spaces where "my question is your question" is there for all of us? Help me out here and share your experience.

Another Perspective on Resident-Led Grantmaking 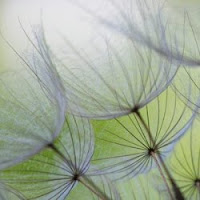 Now that I've confessed this bias, you might imagine that I've been a bit reluctant to bring up anything about this practice that could be interpreted as a down-side or a caution. Here I am, however, sharing some recent thinking, not to discourage resident-led grassroots grantmaking approaches but to encourage "eyes wide open" work is as powerful as possible.

Resident-led grassroots grantmaking puts people from the community that grants are intended to benefit in the decision-making drivers seat instead of staff from the funding organization or volunteers (foundation trustees, grantmaking/distribution committee members or others) who do not have a direct, personal, community-experience related stakeholder interest in the decision. Resident-led grantmaking empowers a committee of everyday people to decide how money is to be allocated to groups in their immediate community. Aside from the potential benefit that these committees bring to the deliberation process, the very act of serving on committees has proven to be a powerful leadership development opportunity for community members.

What I'm now piecing together from looking at the grants that resident-led committees are making and talking with members of resident-led grantmaking committees and staff that work with them is that in some cases, my assumptions about resident-led grantmaking may not be jiving with reality. It's occurring to me that I may have fallen into a common trap - embracing an overly romantic notion of everyday people and an overly critical notion of the ideas, practices and decisions that come from deep inside a powerful institution such as a foundation.

What I'm seeing is that everyday people on resident-led grantmaking committees are (drum roll) just people. And that these people have a lot in common with the people who are more typically selected to serve on foundation boards or distribution committees. Just like non-residents of the beneficiary committees, resident committee members:

They bring their own understanding of what is needed, how change happens and what can make a difference to the deliberation table, influencing the decisions that they make. And many times these beliefs are firmly grounded in a charity mindset - the mindset that suggests that more services are the answer and casts the people who live in these communities in the roles of client, customer or consumer rather than contributor or active citizen. From what I see, this is the predominant "theory of change" that drives so much well-intentioned volunteering and giving. Why, then, should this be a surprise when it shows up at the resident-led grantmaking table and in the proposals that everyday people submit?

Here's where I may have been naive. I have assumed that people who serve on resident-led grantmaking committees naturally work from an asset-oriented, community building perspective rather than the needs or charity-oriented orientation that is so prevalent in the "helping world". And that because of this perspective, grants that they approve would only naturally be more about self-help from a "we" perspective than the service-oriented help that often comes from well-intentioned outsiders who are volunteering in the spirit of giving back or working in helping professions out of their own sense of compassion for those who are less fortunate.

But what I've been seeing is making me think about that assumption. It's occurring to me that even resident-led grantmaking committees – just like more typical grantmaking committees - can be very comfortable making small grants that are just that - small grants – absent the asset-based community development and community building orientation that characterize grassroots grantmaking's small grants (I wrote about the difference in a previous post - see "Do All Small Grants = Grassroots Grantmaking?" if you're curious).

I believe that most ideas - even a community food pantry or after school program - can indeed be designed in an "us doing for us" way, building community and opening up opportunities for everyone to contribute as well as to receive. I've seen ideas that begin as "me or we doing for" ideas blossoming into wonderfully creative community building projects.

But I've also seen too many grants (for my comfort zone) made for projects that have more of the "me doing for" social service flavor, centered around the heroic man or woman who has a passion for helping rather than the community connector or weaver who uses the opportunity for helping to build community or set the stage for a conversation about more long-term community change. What troubles me that money that is set aside for grassroots grantmaking purposes may be missing the mark and showing up as more of the same and that the thoughtful people who are making these grants are missing an opportunity to tap into and grow their deeper community knowledge and wisdom.

If this is resonating with you, and you're wondering what to do, I have some advice – drawn from watching the pros in the Grassroots Grantmakers network and from my own personal experience working with grantmaking committees.

First, I want to share a reminder about the power that a funder has – especially if they are intentional – to open up new possibilities by the questions that they ask, the clear messages that they send at all stages of the grantmaking process, and the example that they set by what they fund and what they deny. The funder's decisions are clear signals to those in the community about what is worthy and not worthy of receiving funding, and unless a funder (and those making the funding decisions) are crystal clear about what distinguishes grassroots grantmaking's small grants from other small grants, grantees (and grantmaking committees) will default into the need-based, service providing orientation that is the more common and possibly even the more comfortable grantmaking approach.

Second, I want to encourage funders who are committed to grassroots grantmaking to avoid skimping on opportunities for grantmaking committee members (residents or non-residents) to talk and reflect. This should start right away, with a grantmaking committee orientation and occur so regularly that it becomes part of the committee's practice. What assumptions are they bringing to the table, what are they learning, what messages are they sending, what opportunities might they be missing, what is changing for them as they become more comfortable in their role, what do they see as the line between small grants and grassroots grantmaking's small grants? How can they open up more possibilities for community building and active citizenship?

Finally, I encourage funders – both staff and committee members – to acknowledge how challenging it can be to stay on the "we begin with residents" big thinking about small grants track when faced with the responsibility of saying yes or no to passionate people who may neighbors and friends, bringing forward good ideas that don't fit neatly into any particular box. This is tough but worthwhile work that requires a learning-by-doing orientation and tremendous gratitude for the people who are in these positions.

What am I missing? Am I on track with these observations? What else would you suggest to help grantmaking committees – both those composed of stakeholder residents and others – enhance their learning and build their capacity as grassroots grantmakers? Join me on this topic by posting a comment.
1 comment: Links to this post