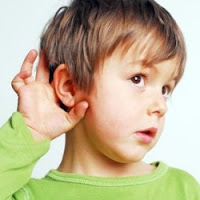 Now and then I hear something that is a simple yet profound tip for "big thinkers" everywhere. It happened recently at Grassroots Grantmakers' On the Ground learning lab in Detroit. Kathy Szenda Wilson, Director of the Battle Creek Community Foundation's Neighborhood Grantmaking Program, was talking about the challenges that go with thoughtfully sifting through the ideas that come to the grantmaking committee as grant requests. She said that she has learned to listen for "we" - that the ideas that are described as "we" rather than "I" have the community building potential that is the best fit for their approach to thinking big about small grants.

Kathy was also quick to say that this isn't as easy as it sounds - and I agree completely. She mentioned that the committee recently deliberated for nearly an hour about an idea that came with "I" language but had important community building potential. I can remember many early discussions with people that began with "I's" but quickly moved to "we's" with encouragement to connect with others in the community around the "I-dea" and see if it could become a "we". So think of this as a tip, guidepost, something to add to "listening for" repertoire, or a discussion starter rather than a rule.

Here's why I love this insight and I'm following my "more like a meadow" post with this one. When we are in a place of discovery and possibilities - in conversation with people and groups and they work through an idea and discover new possibilities as that idea moves into action - there are 2 roads that we can travel that are detours from the "big thinking on small grants" direction. One road is the "all things to all people" road. The other is the "Cinderella's glass slipper road".

The all things to all people road is mostly about the power of small grants and not about small grants to build community and promote active citizenship and living democracy. It's about everything that grows in the meadow and, unless you have unlimited financial and people resources, it assumes that sprinkling money around is all that is needed. My hunch is that over time, this road becomes more about seeding new nonprofit service enterprises than it is about supporting active citizenship or community building.

The "Cinderella's glass slipper road" is about shoe-horning every good idea that comes forward into the same shoe. It might be the small business idea or the nonprofit service idea shoe-horned into the community building or community change shoe. This road leads away from the "we begin with residents" orientation of grassroots grantmaking and to a place that is mostly about what the funder wants.

I think that the most powerful road, the one that supports grassroots grantmaking's big thinking about small grants thinking and "we begin with residents" orientation is the one that clearly keeps changing the role of everyday people in the picture that we're funding from clients, consumers and customers to citizens in its sites, and recognizes the critical role that collective action plays in that desired picture. That's why I love Kathy's advice about "listening for we instead of I".

It's about what we want to do, what we have planned, what we want, what we are wiling to do, what we have done, what we have put together, what we're hoping to do next, with an idea to expanding the circle of "we" over time. It's about deeply believing that "my dream" - especially when it has something to do place - has more of a chance of becoming a reality when it becomes connected in some way to "our dream". The careful listening for "we" in an idea is what makes the difference between "all things to all people" or "Cinderella slipper" grantmaking and good grassroots grantmaking with a powerful "we begin with residents" big thinking orientation.

I welcome your comments and hearing about your experience in listening for "we".