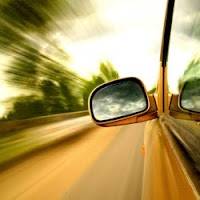 Check out Rosabeth Moss Kanter's recent blog article, Four Things that Groups Want that Leaders Can't Give - and One They Can. Kanter, a professor at Harvard Business School, is offering advice to those that manage new business teams. If you reframe manager/emerging business team to funder/grantee, I think there's a lot of wisdom there and fodder for a rich discussion as your next grantmaking committee meeting.

emerging group experiences have predictable dynamics, whether they are new project teams, training and development programs, wilderness experiences, or just people learning new jobs. People form relationships based on first impressions and sometimes-false hopes, find that things haven't gone as imagined, and then struggle through confusion and misunderstanding to create their own positive norms that help them work effectively. The best leaders help people through these stages only to find some common issues popping up — things people seem to want that even the best leaders can't provide. Anticipating these dilemmas makes it easier to resolve them.

I encourage you to read what Kanter has to say with the idea of being the kind of funder/leader who can be really helpful to emerging groups.

But because grassroots grantmaking is "we begin with residents" work, with funders and emerging groups working in a spirit of co-production, I want to also turn Kanter's message around, and look at what she says from another direction:

Here are the same four desires that Kanter lists that she says are almost almost impossible to satisfy, this time looking back in the other direction as a reminder of how our desires as funders might be interpreted by the groups that we fund. Let's think of these as stereotypes that we're all working hard to change and this as something you can use as a friendly check-in to see how you're doing on some common funder-grantee pitfalls.
Kanter concludes her post by talking about the one thing that groups want that leaders actually can always give (hint: it's abbreviated TLC).

What would that one thing be in my looking the other way scenario? What is the one thing that funders want that emerging group grantees CAN always provide? I have my idea but invite you to share yours first. Chime in with a comment.