Encouraging the Things that Matter 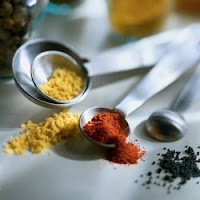 John McKnight was Grassroots Grantmakers' guest recently for a topical conference call - talking with us about the new book that he wrote with Peter Block - The Abundant Community: Awakening the Power of Families and Neighborhoods. There's so much there for community members and funders to chew on, but I want to lift up just one thing that stood out for me.
You've probably heard the phrase, "you have to be able to think it before you can do it". John and Peter have me thinking about what the "doing" might be if funders really got serious about building capacity in a new way. Over the years, those of us in the funding community have talked ad nauseum about building capacity - organizational capacity, community capacity, leadership capacity, capacity for change. I've heard funders call "time out" on various occasions, sometimes by assigning the word "capacity" to the list of other over-used, over-defined, and over-intellectualized words that become buzz-words in the funding domain, promising never to use it again.

But John and Peter are talking about capacity in a way that may have the potential to challenge the overly scientific, highly intellectualized way that we as funders often think about funding as a prescription that is designed to cure a community malady. For me, the words that they used to describe the capacities of an abundant community connect my heart and my head, sparking thinking about what I have experienced in my life, what struggles I have had and how I can use my own personal experience to be a better grantmaker. It humanizes and personalizes the notion of capacity in ways that I find refreshing and really quite powerful.

As I've thought about the six capacities of an abundant community that John and Peter list and then go on to describe in Chapter 5 of their book, I'm wondering about what we are doing now to either encourage and discourage these capacities and what we might do differently if we were more intentional about nurturing these six capacities that John and Peter describe as the core ingredients of communities, families and neighborhoods that function from the perspective of abundance.

Here are the six capacities of an abundant community that John and Peter describe with a few of their words about each:
If we are working toward more communities, neighborhoods and families that function - that are spaces and places that nurture rather than punish, and where the qualities that contribute to functioning are so embedded that they "just are" - part of the community culture that John and Peter describe, AND if John and Peter are lifting up the part of what is required for that to happen that we in the funding community have not been able to see through our analytic, scientific-oriented lenses, then what could we do with funding to encourage these things - these things that really matter in the end?

Can you imagine funding that embraces fallibility or mystery instead of demanding certainty? Can you imagine a "measurement" for kindness, forgiveness, generosity or cooperation? Can you picture desired impact as "things becoming invisible" because they have been adopted into the community culture or have shaped a new story of how we have become who we now are rather than a policy change?

I can. But I also can imagine the skepticism that may be unleashed when a recommendation is made around a funding organization's board table that any one of these six capacities should make its way into funding criteria, even for the smallest grants.

So let me start here with a question to you. What is your reaction to the six capacities for abundant communities that John and Peter describe? What do you see as the link between these capacities and big thinking about small grants? How can we begin to do more than think about the concepts that John and Peter are sharing in this new book? Share your thinking by posting a comment or emailing me directly.