Why Not Just Fund Organizing? 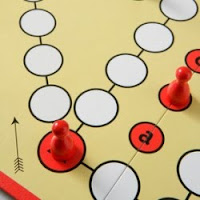 My question when I arrived in California for this gathering was about the flip side of my experience.
Because of who was there at this training and the time we had together, I had the perfect opportunity to explore this question from several different angles. The team from one of Grassroots Grantmakers member organizations was there - and so was the Executive Director from the community organizing group that works in their city. I knew about the excellent working relationship that exists between these two groups, but had the opportunity to dig deeper by mirror image questions to members of the funding organizing team and the community organizing group.
Without comparing notes, people on both sides of the question provided the same answer to what would be lost of the foundation simply invested in this excellent community organizing group instead (and others like it) and got out of the grassroots grantmaking business?