What's the Engagement We're After? 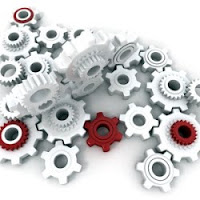 I don't want to be a nitpicker about language, but I do think it's worth digging into the words that we use to describe the work we do - especially the words that become so much a part of our professional life that we don't even realize that they have crossed over into the land of jargon.
So here I am with some thoughts on a word that is one of those "hot" words now in philanthropy. It's engagement. Civic engagement, stakeholder engagement, community engagement, etc.
I'm delighted that engagement is on the now squarely on the radar screen - a suggestion to me that grassroots grantmaking is now making its way into the philanthropic mainstream. Being on the radar screen is better than off-the-radar screen, with a passive preference to disengagement, right? Being on the radar screen means that there is a growing awareness in the funding community, especially the place-based funding community, that connecting with ordinary people is not only worth the time and effort, but essential to effective place-based work.

I'm wondering, however, if engagement means the same thing to all of us. So let's get very basic here and go back to the dictionary's definition of engagement:
If we're talking about philanthropy and civil society, we can eliminate betrothal, employment, and hostile encounter (although it would indeed be fun to keep these in, wouldn't it?). Thus, we're talking about something you do or that is being done to you (you are either engaging or being engaged) or the condition you're in (being in gear).

This is where I'm going to get picky. A lot of what I've read lately is about civic engagement as the state of engaging or being engaged. GEO Executive Director Kathryn Enright's recent article in the Stanford Innovation Review - The Case for Stakeholder Engagement - and accompanying post on The Center for Effective Philanthropy's blog are important statements about the value of engagement. But for me, Enright is talking mostly about philanthropies engaging nonprofits that they fund and people that are served by those nonprofits for input. Enright does indeed reference the engagement associated with the wonderful grassroots grantmaking work that The Cleveland Foundation's Neighborhood Connections program is doing (but misses the point of Neighborhood Connections by saying that these grants are going to Cleveland area nonprofits - Neighborhood Connections, while occasionally granting to nonprofits, is about actively supporting groups of residents, not non-profits, a distinction that readers of this blog know I regard as fundamentally important). Neighborhood Connections is a great example of a type of engagement that Enright describes as a "going all the way" form of engagement that involves actually sharing some of the power that philanthropies have with grantees and the community. Yes! I was waiting for that interpretation of engagement in the very thoughtful pieces that this highly regarded philanthropic affinity group leader is putting out there.
Recent publications by PACE (Philanthropy for Active Civic Engagement) – An Evolving Relationship: Executive Branch Approaches to Civic Engagement and Philanthropy, for example - follow the same pattern. Wonderful insights, case-making and information about seeking more participation from active citizens, this time as participation that advises and helps shape what happens through the public sector or participation via volunteering to support the work of a nonprofit or local institution (school, church, library, etc).
So this gets me to what I consider to be the engagement that we're after. It's engagement that is about being "in gear". When I picture being in gear, I think of a collection of wheels or cogs that are turning simultaneoulsy on their own and together. In the connections that they have with each other, they are at once impacting the other wheels and being impacted by the other wheels. There's not one wheel that is disconnected or in a "in service" relationship to the other wheels. They are all turning together - maybe not at the same speed or even in the same direction - but they are turning together as a functioning system.
This is how I think of the type of engagement that we're talking about in the grassroots grantmaking arena. It is indeed about sharing power. But it's more than that. It's also about being connected in a way that provides transformative power. The type of engagement that I have in mind involves the funder moving their big philanthropic wheel close enough to the variety of wheels that represent groups of residents acting together to improve their community to actually "engage" - and via the grants that they provide, the doors that they open, and the tables that they set, add energy to these community wheels. At the same time, by the very act of "engaging", the community wheels are adding energy, insights, relationships and information that changes how the big philanthropic wheel is turning. Engagement in this sense is not a one way street. It's about arrows that point both ways. It is active, not passive.
When Grassroots Grantmakers was engaged (yikes - here it is again, another sign that this word is now part of the strange lexicon that we use in the funding world) in a deep strategic planning process several years ago, we touched on these two interpretations of engagement without using the word. We initially said that the business of grassroots grantmaking was to be "in communities, with residents". We realized, however, that many foundations are indeed "in communities, with residents" - but with the foundation's agendas and priorities driving the process rather than connecting deeply enough to do work that is about an agenda that is defined by the people who live in that community. We wanted to be clearer about the engagement posture that grassroots grantmaking takes. We now say that grassroots grantmaking is about funding from a "we begin with residents" posture. It's about acknowledging the wisdom and power of a different type of engagement - an engagement that is more about getting "in gear" with the agenda that active citizens define and support rather than seeking the participation of residents in the agenda that our funding organization formulates and drives.
I'm delighted that there is so much talk about engagement and appreciate of the work that GEO and other affinity groups such as PACE are doing to elevate the discussion on engagement). I'm curious, however, if others see the same distinction that I see. And if you do, what you can share about your experience of getting "in gear" - especially with groups of active citizens rather than more traditional nonprofits? What does it take, and how does it differ (if it does) from other forms of engagement? Post a comment to share your thoughts and experience.