Navigating the Power Dynamic Between Place-Based Funders and Community Residents 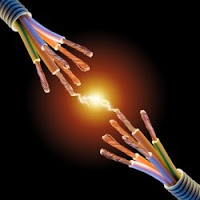 Byron White was Grassroots Grantmakers' guest recently, talking about the paper he wrote for The Kettering Foundation - Navigating the Power Dynamic Between Institutions and Their Communities. The recorded webinar is now available on the Grassroots Grantmakers website - hope you'll check it out.

Byron made some great points about relationships between community institutions and community residents and groups. But there were some points that stood out for me as "profound truths" about the relationship between place-based funders and community residents and groups:
I've written about what it takes to be the right person on the funders side of the equation. Byron's paper and presentation reminded me that it's not as simple as finding the right person. It's also about being the right organization.

He talked about three different takes on institutional agent. I've seen all three of these in the grassroots grantmaking world.

There's the freelance agent - that's someone who a funding contracts with to do the "out the community" piece of the work. Possibly someone who also manages the grant process, gets groups together or serves as a coach. This is someone who is a friend of the funding organization rather than someone who is one of the family. Someone who is great at the micro-level work but has limited capacity or power to manage the macro level work.

The second is the "sheltered agent" - someone who works for the funding organization but who focuses on the more formal exchanges associated with the grant process or funding transaction. This can be by design or by circumstance. It might be that the funding organization is putting a toe in the grassroots grantmaking water but isn't comfortable taking the dive into unknown water. Or it could simply be that there's too much on the plate.

The right person/right organization combo requires an organizational culture that supports - not just tolerates - someone who is sufficiently engaged in the community to genuinely acknowledge and response to relational forms of social power, and at the same time carries enough clout and credibility within the institution to directly respond to confrontational displays of power" - "to not only recognize the community's expertise on an issue" but to also "marshal the institutional resources to respond to it."

What might this look like in a funding organization? This is someone who is out of the office enough to build relationships and do the work at the micro level AND is present and heard in the "real-deal" in-house discussions at the foundation or funding organization. It's someone who can get beyond the typical funder conversation with community residents and group leaders and take what they learn back into the funding organization - even if its uncomfortable. It's also someone who is positioned to have sufficient influence to get the funding organization to do something it might not ordinarily have done - ask a question, expand a conversation, bend a rule, speed-up a process, open a door, take a stand. This takes "personal smarts" and courage - but it takes "institution smarts" and courage as well. It takes an institution who really wants to have a different type of relationship with its community.

Have you thought about yourself as an agent - either on the community side or the institution side? What has that experience been like for you, what are you learning about navigating the power dynamics between institutions and community? Jump in by posting a comment.