Learning from Cleveland on Fighting Foreclosure 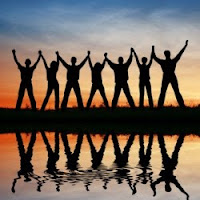 Being at the leading edge is the place to be - right? What if you're at the leading edge of the foreclosure crisis? What if the foreclosure tsunami hit your community before anyone realized that there was a tsunami? What if it hit so silently that you didn't even realize what had happened until you drove down the street after street and saw the devastation that it had left behind?

Grassroots Grantmakers has just released a new publication - Fighting Foreclosure: What you can do in your neighborhood - that is designed to tap into the block-level response to foreclosures in Cleveland and help both funders and neighborhood residents in other cities get a clearer picture of the critical role that residents can (and must) play in dealing with the destabilization that foreclosures bring to neighborhoods.

Here's a quick sketch of what's included in this 8 page publication: