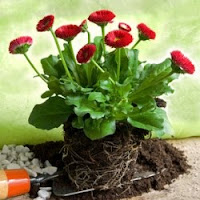 Here's one thing about grassroots grantmaking that sets it apart - it's about action.

So much of what I see in philanthropy is about talk, not action. Especially when "the community" is involved, or when civic engagement is the goal. Don't get me wrong. I believe in the power of "dialogue". But isn't there always more power when action goes along with dialogue?

The ideas that come from community residents are typically about "doing" - connecting with some neighbors to do something. And the money from the grant is typically spent on "things" needed for the "doing" rather than staff or administrative expenses.

The secret ingredient in the grassroots grantmaking equation, however, is often overlooked or under-appreciated. The secret ingredient is the "get going" message that comes with the good news that "your grant has been approved". It's the message that the time for action is here. You've thought about it, you've talked about it, you've dreamed about it - now it's time to do it!

So with this in mind - and a reminder that more "action" is a good thing for both funders and the groups that they fund - here are some simple yet profound "little rules for action" from one of my favorite blogs, Zen Habits. And perhaps because I'm feeling a bit mischievous today, I've added some color coding to the rules that I think particularly apply to those in philanthropy:
And remember: