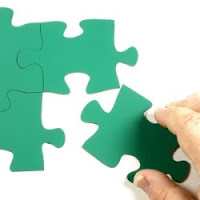 Tom O'Brien, Manager of Neighborhood Connections, The Cleveland Foundation's wonderful grassroots grantmaking program, recently reminded me of the power of a list. Not just any list, but a list that fills in a missing piece of the community change puzzle in a community.

I know that putting this together has been a lot of work. My ancient history includes heading up a neighborhood resource center that published a similar directory, so I appreciate the time that this requires. But I also know that this is time well spent.

While I love what Neighborhood Connections is doing, I'm not sharing this as a new invention. I'm sharing this as a reminder of the power of something as simple as a list - and an invitation for you to share your experience with similar directories in your community. Post a comment to share information about similar projects in your community and what you've seen about the power of the list.