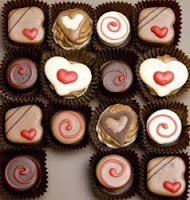 This is the first of some "back to the basics" posts - back to the initiative, ingenuity and energy that small grants release at the community level.

Drawn from the funders in our Grassroots Grantmakers network, here are three amazing small grants to share in this first "small grants sampler":

Youth Growing Brightmoor: This project began when fifteen young people decided to build and manage a a raised garden bed and sell their produce at a local market over the summer. A $1,000 grant was used to purchase compost, seeds, plants, lumber, hardware and T-shirts.

This project exceeded the initial group's expectations. The number of youth participants were double the number expected. Participants contributed over 1000 hours of labor, produced 400 lbs of high quality organic produce and sold more than 25 varieties of fruits and vegetables at the farmers market. They earned over $1,200 from the sales, which was divided evenly among them. They received instruction from the Garden Resource Program, went on fields trips, sponsored a camp and cook-out at the garden site, went to market over 10 times, and quickly became market favorites with their orange shirts. They hosted over 200 guests as part of the Detroit Garden tour.

The group now considers themselves self sufficient for the present garden. They have repeated the project with more youth participants and earned even greater profits.

Our Stories: Senior citizens have shared their stories with younger generations forever, but now a Cleveland State University faculty member wants to make sure the seniors get something in exchange. Under a program Dwayne Wright created called "Our Stories," high school students paint the storyteller's front porch and plant flowers while other students gather the tales. With a $3,000 grant from Neighborhood Connections, Wright bought a video camera and painting supplies. He recruited teens active in the Friendly Inn Settlement and other community centers around Cedar and Central avenues. Members of the group met weekly to learn interviewing techniques and line up older residents. Listening to older residents talk about how to make the community better has gotten teens asking what they can do. The teens painted as many front porches as they could over the summer, and then published a brochure of the stories and made DVDs to give to seniors and libraries - a definite win/win for the young people and the seniors in this Cleveland neighborhood.

The Burbank Renovation Project: A grant of $5000 was awarded to the Warren Athletic Club to repair fences and bleachers at the baseball/softball fields. The repairs were needed to ensure the safety of the players and their families. With the funds obtained from the Raymond John Wean Foundation, the group was able to leverage an additional $40,000 from groups such as the Warren Area Chamber of Education, Civic and Cultural Foundation and Trumbull 100. The City of Warren also participated by installing hydrants and a new drinking fountain. Finally, the Northwest Homeowners Association selected the park for its Make-A-Difference Day project committing to trim trees and clean up areas of the park that had become overgrown and unusable over the years. The project began as a small idea to repair sections of damaged and potentially dangerous fencing and grew into a significant renovation project. The group stated that “The Neighborhood SUCCESS Grant was the initial push the project needed to get rolling And the momentum it has gained during the year is far greater than we could have ever imagined”.

Do you have stories of amazing small grants for future small grants samplers? I want to hear from you! Contact me directly via email or share your story with a comment.