The Suburbanization of Poverty 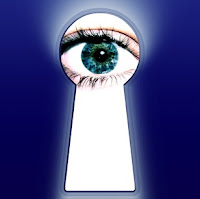 For anyone who is thinking that investing in suburbia is a dilettante's way to think big about small grants, see this recent report from the Brookings Institute, summarized here.....

By 2008, suburbs were home to the largest and fastest-growing poor population in the country. Between 2000 and 2008, suburbs in the country’s largest metro areas saw their poor population grow by 25 percent—almost five times faster than primary cities and well ahead of the growth seen in smaller metro areas and non-metropolitan communities. As a result, by 2008 large suburbs were home to 1.5 million more poor than their primary cities and housed almost one-third of the nation’s poor overall.

Over the course of this decade, two economic downturns translated into a significant rise in poverty, nationally and in many of the country’s metropolitan and non-metropolitan communities. Suburbs saw by far the greatest growth in their poor population and by 2008 had become home to the largest share of the nation’s poor. These trends are likely to continue in the wake of the latest downturn, given its toll on traditionally more suburbanized industries and the faster pace of growth in suburban unemployment. This ongoing shift in the geography of American poverty increasingly requires regional scale collaboration by policymakers and social service providers in order to effectively address the needs of a poor population that is increasingly suburban.

No explanation needed. Time to rethink your strategy.