The Most Powerful Thing You Can Do Today 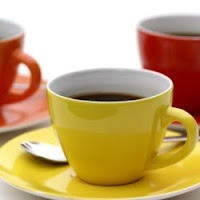 Hey, Program Officer. Are you covered up with "to-do's" and wondering if any of the pressing items on your to-do list will actually make a difference?

Here's one simple thing that you can do to powerfully supplement the small grants that you are making - and I bet it's not on your list.

Make triangles. Make a connection between two people in your network. And make one of those people someone who is working on their block, in their neighborhood - one of those resident leaders you know through your grassroots grantmaking work. And the other? Anyone else in that extensive network you have as funder - a board member, another staff member, a donor, another funder, a non-profit exec, or someone with another grassroots group (and this is just a start of an endless list of types of people in your network).

Making triangles was a recent topic that Jean Russell wrote about in her Nurture blog, with a focus on how to make powerful introductions. You introduce people all the time, right? So why not be more intentional about those introductions - how you do them and how you "count" them as part of what you do to create increase the leverage potential of the grants that you give.

Making triangles is also a key concept of network weaving, written about here on the Network Weaving blog.

There are lots of reasons why big thinkers on small grants should get into network weaving. But in these times - when there is so much hand-wringing about not enough money and so much clinging to the belief that the solution to the angst we are experiencing in our communities is tied exclusively to the amount of money invested rather than in things we can actually do that don't take much money - wouldn't it be amazing to see what would happen if you put just one "closing the triangle" task on your to-do list each day, and if the possibilities that emerged from the new triangles that you create were counted and valued by those who are doing the counting and valuing?