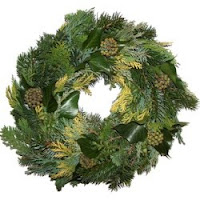 I always think about my Memphis neighborhood at this time of the year. One of the holiday memories that I treasure most is of Christmas caroling with my Evergreen neighbors - caroling that included a parade float, a brass band, and an after-caroling party somewhere in the neighborhood. This has been going on for more than twenty years - and I was there in the beginning.

It's the story of how this tradition got started that I want to share today. And, believe it or, there's a message here for funders who are thinking big about small grants.

I was a new member of the neighborhood association's board when Christmas caroling began. We didn't have a long range plan or any idea that we were launching something important or enduring. The first year it was a group of 10 or 15 people, walking from house to house with Mrs. Brown serving as our song leader. It was freezing that year. I remember my children so bundled up that they could hardly walk and, needless to say, not very delighted to be participating.

The next year someone in the group - someone who was a big thinker, but whose ideas were often too big (or too creative) to fly - came up with an idea for a Christmas caroling contest. Our neighborhood would challenge organizations in other Midtown neighborhoods to participate in a contest for the best neighborhood caroling event. The idea guy also said he would be the get-it-done guy and rallied a small group of people to work with him to get the other neighborhoods on board and to come up with a Christmas caroling event that would bring home the trophy for our neighborhood. A few other neighborhoods signed on and the contest actually happened, but what was truly amazing was what began that year in Evergreen.

Out of nowhere, a parade float, decked out in holiday garb, appeared. And then came a horse and wagon to carry a group of University of Memphis music students with their brass instruments. Santa Claus and Frosty the Snowman arrived. The last minute addition was the "bell guy" with strings of jingle bells on leather cords that he passed out to everyone so that we could jingle along the way. Mrs. Brown was still there to lead us in song as our entourage - parade float full of jingling people, horse and carriage with the brass quarter - made its way through the neighborhood, drawing people out of their houses along the way to hop on board. After the caroling we gathered at my across the street neighbor's house for mulled wine and cookies. The mulled wine was my contribution and remained a constant from year to year. The two plates of cookies the first year grew to an amazing pot-luck in future years.

When I think back to that first year, I'm still amazed at how it happened. It couldn't have been planned. It was about everyone pitching in - Carl using his connection to get the parade float, Talbot talking to his friend who ran the horse and carriage business downtown, someone else finding the bell guy, Rose showing up as Frosty the Snowman, Sue offering her house for the party, me deciding that mulled wine would be good on a cold day, Irma drawing out the "parade route", someone else make song books, and on and on and on.

It also amazes me that it's still happening. In the early years, we kept fending off ideas that would have made the day more trouble to plan - thinking that keeping it simple (as simple as it could be with a parade float and a brass quartet) would be the secret to keeping it going. After the second year or two, we began sending special invitations to the new people who had moved into the neighborhood - our honorary guests for the day - but that was about as complicated as it got. But don't think that not complicated meant not important. At the point that we were working hard to rebuild 200 homes in the abandoned expressway corridor (a major project by any funder's definition), Evergreen's way of Christmas caroling helped bring us together, strengthen our shared identity as a neighborhood, and remind us that this was a neighborhood worth saving.

We did all of this without money. That's important, but what's perhaps more important is what this story says about ideas that work to bring a neighborhood together. It began with an idea and had room to grow as people discovered what they could contribute and came forward. It worked because it had someone at the center who had the big idea, not someone who held tight to that original idea or who needed to be in charge. It worked because it was fun. And it was fun because it was about community coming together, with everyone doing what they could do and no one feeling over-burdened.

I wonder what would have happened if we had taken that original idea and turned it into a grant application. What project would have resulted if we had been required to lay it all out on the front end and stay with the original plan? What would we have said if we had been asked to list expected outcomes and to demonstrate of plan for sustainability? How would we have responded if we had been asked to combine efforts with adjoining neighborhoods in the interest of achieving scale? What if our commitment had been judged by how many dollars we had put on the table or how many neighborhood businesses we had lined up as sponsors?

Who can say for sure, but my best hunch is that we would have either squashed the idea (and the creative off-the-wall thinker in our midst would have found some other ways to share his gift in other more fertile soil) or we would have had done something that was more about meeting our funder's expectations and less about building community. And I doubt that what we began would be still going on twenty years later as a neighborhood tradition. It might be that adding money to the equation would have been the deal-killer. Or maybe it's that other thing - the hoops that come with money that we funders think are necessary and responsible - that would have stopped us in our tracks.

I'm sharing this story because I've been on both sides of this picture - the neighborhood group member who saw how something amazing happened, and the funder who was trying as hard as I could possibly try to support neighborhood groups and small projects such as Christmas caroling to build community and to encourage the community to think bigger. In spite of knowing how much room we needed to experiment, modify plans, and discover the resources we had within our neighborhood, I too have ladled on restrictions and pushed for guaranteed outcomes - all with the best intentions of being helpful and responsible. What has kept bringing me back from the isolation chambers of the funding world (where our isolation leads us to believe that we really know best), is the experience I had in my own neighborhood with projects like the Evergreen Christmas caroling.

I'm curious. Does this story ring any bells with you? Have you had a similar experience in your own community that you use to keep you grounded in your work as a funder? Have you used a similar experience to talk with a funder about funding that supports rather than stifles community building in your community? Is there a moral in this Christmas story? Join in by posting a comment.

And if mulled wine during the holiday season sounds good, email me and I'll share my recipe!