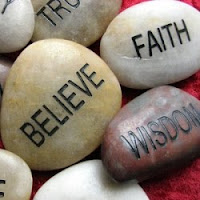 The language of grassroots grantmaking is challenging. We use words and talk about concepts that don't seem to be in the philanthropic mainstream. And we run into words that are commonly used that are loaded with multiple meanings and thus can be obstacles to clear learning and communication about grassroots grantmaking. A colleague mentioned this recently and commented that I write about language a lot on this blog. I hadn't thought about it that way but yes, he's right.
Language came up again when I was talking with a program officer at one of our member foundations. This time the problem word was "suburbs".

The person I was talking with works at a foundation in a metro area on the east coast - most specifically, in a community on the edge of a really big city, a community that is thought of as a suburb of that city. She was telling me about a bias that she has detected - a bias against investing in suburbs. She went on to say that yes, the area where she is working was at one time a place where people of means went to escape from the city. But now it is an area that is incredibly diverse in all ways that a community can be diverse - with the problems that come with a complex community that includes both the "haves" and the "have nots".

After our telephone conversation, it occurred to me that this was once again a language problem. Just as some communities are labeled as places that are dangerous, distressed, and needy, others are labeled as places that are too good for philanthropic investment. And that label, like all labels, is loaded with assumptions that are too seldom questioned. Assumptions possibly like wealth equals health, or that communities who were founded for one reason (escape from the big-city problems, for example) deserve what they get when the big-city problems show up there. I also thought about another conversation with another member organization that is working on-purpose with suburban neighborhoods that fall outside of standard definition of "needy" because they were "needy" when it comes to a sense of community and for that reason, were seen by the foundation as vulnerable.

I'm not calling for more funding for suburban communities. What I am suggesting instead is that we keep our radar out for words that generate an automatic reaction - especially when the automatic reaction is to exclude. I'm also encouraging us all to remember just how powerful the language problem is in the community change business.

What are other words that you have spotted that come loaded with assumptions that get in the way of the discussions that we really need to have about how best to support residents as active citizens and generators of community vitality? Post a comment and join my discussion about language.