Why Does a Definition of Grassroots Matter? 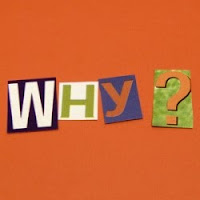 It's simple. For once, we're at a loss for words. When we talk about the "who" and "why" of grassroots grantmaking, we don't have a comfortable vocabulary. As Executive Director of Grassroots Grantmakers, I experience this every day. When I talk about who these small grants are for, I know exactly what I mean. It's the words that are lacking.

I'm confident that the word I want is NOT volunteer. I was not a volunteer when I was tirelessly at work in my own neighborhood in Memphis. That work wasn't optional or selfless or charitable - it was survival. And it was the same with my neighbors. We were doing what we were doing because, like it or not (and many times our like-it tolerance was "not), this is the way our system works. Call it democracy, capitalism, or just "good ole boy", if our neighborhood (and our away investment in our homes) were to escape the path of the bulldozer, we had to be in the game. We didn't have a choice. It was do or die.

If it's not volunteer, what is it? We've come close to banning use of the word "citizen" - caving to the smallest common denominator, the definition of "citizen" as legal status rather than the combination of rights and responsibilities that individuals share when they are part of a democracy. We instead use watered-down words such as "residents" or even more watered down words such as "people". Or community organizing's favorite word, "leader".

It was in this word vacuum that we chose Grassroots Grantmakers as the name of our network - the network of funders who are investing in residents/people/leaders who are acting in a role that doesn't fit the pervasive social service definition of "volunteer".

Wouldn't it be amazing if we had a comfortable vocabulary to describe what we do in our ordinary lives that makes our community work? I'm starting with getting clearer about what we mean by "grassroots", thinking that "grassroots" conveys some gut level image that jives with what I want to express. It's somewhere in the definitions that were shared by the group that gathered in Vermont last week. It's something about people who are directly affected by something, acting together to change the future that they share.

So that's why I think it's important to talk about what we mean by "grassroots". That's why I want "grassroots" to be right up there with the word "volunteer", and for people (especially people who control the money that is invested in community change, resilience and sustainability) to know the difference.