What Do We Mean by "Grassroots"? 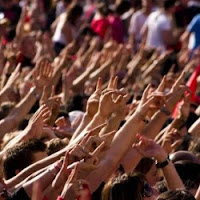 I was in Vermont to say a few words at a funder's briefing that NEGEF hosted. Benno Friedman, NEGEF's board chair, kicked off the morning by asking everyone to define "grassroots". I was paying close attention because I was speaking next, but more importantly, because we (Grassroots Grantmakers) both ask and are asked that question regularly. And what we hear varies tremendously.

Before I get to definitions shared that morning. here are other definitions we've heard along the way:

Here is where I am with my definition of grassroots:


Grassroots = people who are drawn together by something that they have in common that has both personal and community consequences, and grant themselves the authority to solve the problem they are facing or create the future that they desire.


Continue the weaving by posting your own definition. How do you define "grassroots"?