The Two Faces of Money 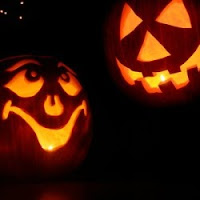 I just returned from a week on the road with three days in the Youngstown-Warren, Ohio area, "on the ground" with my peers from the grassroots grantmaking community. I'm full of new enthusiasm for the work of I'm privileged to do with Grassroots Grantmakers. I'm also deeply appreciative of the people and organizations that make up our network - the cream of the crop of the place-based funding world.  That's obviously my opinion, but an opinion that I'll comfortably share whenever and wherever I have the opportunity.

I'll have some pictures to share shortly from last week's "on the ground" learning gathering, but for now, I'm starting off with a few tidbits about this "on the ground" experience and more about the "two sides of money" theme that ran through the discussion.

It was the first day and fifty of us (an incredible mix of paid staff from funding organizations, neighborhood residents who are serving on grantmaking committees at those organizations, and community organizers) had spent the morning on a bus, traveling around Warren and Youngstown to get a lay of the land - a visual picture of what it looks like when an area has lost half of its jobs and now has half the people that it had 30 years ago.  We then heard from Gordon Wean and Joel Ratner about the Raymond John Wean Foundation, our local host for this "on the ground" - Gordon talking about the Wean Foundation's transition from a family foundation that gave to the pet causes of family members to a foundation that has committed its resources and energy to the Youngstown-Warren area.  This was a transition that was described later as the foundation dropping its Clark Kent demeanor and becoming Mae West - from being quiet and unassuming to being visibly bold.  Joel, the President of the Foundation, talked about gearing up the foundation for this transition.

When it was time for us to talk about the bus tour and what we had learned about the Wean Foundation, one of the small groups shared two powerful quotes from the morning.


"Big John", a neighborhood leader who joined us for part of the bus ride, told story after story about the difference that people are making in their neighborhoods - neighborhoods in the shadow of hulking steel mills and factories that now sit empty.  He talked about his own desire to make amends for the part of his life that had landed him in prison and to give back to the community that he now called "home".  He talked about beginning with 8 people around a table and growing the group to 300.  And at one point he mentioned money - saying that a $1200 "Neighborhood Success Grant" from the Wean Foundation had started the ball rolling on that particular block.  With all the money that had left the area with the steel industry, and all the money that will be needed to do something with those gigantic empty structures, Big John reminded that $1200 made a difference in his neighborhood.

"It's not our money" is a quote from Gordon Wean.  Gordon was talking about the change in perspective that was needed to refocus the Wean Foundation.  It is indeed Wean family money that sits in the Raymond John Wean Foundation bank accounts, yet at some point for Gordon at least, it became "not our money".  With that transition came a different idea of accountability, a different picture of who should be sitting around the board table, and a world of new opportunities for using the money in powerful ways to benefit the Youngstown, Warren and the Mahoning Valley.

So here are two interesting threads that wove through the discussion on the next day when we gathering in "world cafe" style to dig into questions associated with our theme for the gathering - building a strategy for change from the ground up.  One thread is about the power of money - even a little bit of money - when invested with and through residents.  The other thread is about the thinking inside a funding organization that allows this type of investment to happen.  We wove these threads together as we explored three different but related questions:  1) What does money have to do with building community and creating resident-driven change? 2) What other than money is needed? and 3) What is getting in the way of the change that residents want?

It was interesting that everyone began their discussion of money with the assertion that money is necessary but evil.  Statements like "it shouldn't be about the money", "it's a mistake to ever lead with money" were in the mix.  After a while, the conversation turned to acknowledging what money can do. Of course it can pay for things.  According to our 50 "on the ground" funders who gathered in Ohio last week, here's what else it can do:
I think it was the appreciation for the Wean Foundation's "it not our money" posture that led the way from "money is necessary but evil" to the "money can" discussion.  And I think that's an incredibly important journey.  More often than you might guess, I run into people who are in the money business (i.e. they work for funding organizations) but are really nervous about bringing money into the "active citizen" world.  They're not nervous about using money to pay for services.  They're really nervous about money in the democracy mix - helping people in fulfill the rights and responsibilities that come with living in a democracy.  And to these people I ask - if you're working for a funding organization, and if that funding organization is about the quality of life in a place - like the Wean Foundation is about the quality of life in Ohio's Mahoning Valley - how can you leave the residents in that place out of the picture?  And how can you pretend that money isn't also in that picture as one of your primary levers of change?

That's why we were "on the ground" in Ohio for two days last week.  That's why it was important that the two faces of money were in the picture.  This is what it's about, isn't it?