The Double Helix of Grassroots Grantmaking 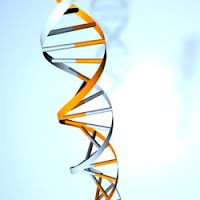 I'm embarrassed to admit this - but I only recently realized that Nova Scotia means New Scotland. Have you also had the experience of finally seeing something that is so blatantly obvious?
Well, here's another one for me (and I'm showing my vulnerable side here, so be nice!).

Until recently, it hadn't dawned on my that ALL grassroots grantmaking has two sides. When I was heading off to Vermont last week for two days with the New England Grassroots Environmental Fund, I was thinking of this great group as the only group in the Grassroots Grantmakers network that is utilizing the civic engagement oriented big thinking about small grants approach of grassroots grantmaking with an issues focus.

Wrong. What I realized when I was Vermont was that the duo of issues focus/civic engagement focus that is so beautifully articulated by the fabulous team at the New England Grassroots Environmental Fund (see this in their mission statement - to energize and nurture long-term civic engagement in local initiatives that create and maintain healthy, just, safe and environmentally sustainable communities) is pervasive across the Grassroots Grantmakers network. And, that this dual focus is one of the things that sneaks up on funders and derails their well-intentioned efforts to fund from a "we begin with resident" perspective. It's our double helix. This is where our work is intricate and can get tricky.
I want to talk about the challenges of this dual focus. But first I want to talk about why I didn't spot the issues focus of so much of the grassroots grantmaking work that I know. It's because for the most part, the funders in the Grassroots Grantmaking network are working in urban neighborhoods and the issue side of the equation includes all of those issues that are associated with troubled urban neighborhoods. Education. Crime. Housing. Jobs. Transportation. Health. Youth. Seniors. Families. Not just one clear issue but lots of issues that are tangled up in work in urban neighborhoods. But there are clear assumptions about the interplay of civic engagement and these issues. Civic engagement will impact crime. Active citizens and better schools go together. Engaged residents will demand affordable housing, more accessible transportation and health care, etc.

NEGEF's environmental focus is complex and multi-dimensional as well - food, climate, energy, water, smart growth, toxins, natural resource management, consumption and sustainability - but for some reason, I can see the issue side of their work so easily. Now that I'm looking, I can also see the issue side of the grassroots grantmaking work that goes on in urban neighborhoods. Perhaps it's that I have just preferred not to focus on that side of the work. I'll get to why in a minute.

I was en route to the Burlington airport last week, chatting with Bart, one of NEGEF's staff members, about NEGEF's work and the funder's gathering that had just concluded. I asked Bart how NEGEF balances their dual interests in civic engagement and environment. He talked about how tough that is - how hard it is to know what to do with a group that brings in very strong environment proposal but doesn't have much going on in the civic engagement department, and how to respond to proposals that are home runs in the civic engagement area but strike out in the environment area.

A big light bulb turned on for me at that moment in our conversation. I remembered struggling over a proposal from one of my favorite neighborhood groups in Memphis and dreading the call I had to make after the committee voted to turn down their request. This wasn't a first grant. After funding this group four or five times and offering lots of help that we were sure would actually be helpful, this group was still the same three women doing the same work in just the same way. If it had been now ten people doing the same work, or the same three women making incremental progress on their issue, we would have stayed in the game. Movement in either area would have worked. Movement in both the engagement and the issue impact area is what we were hoping for eventually. The hope for that amazing result is why we were willing to be patient and stay in the game.

Bart is so right. As funders, we are hoping for both but rarely get both at the same time. So how do we decide? What do we do?

But here's where things get interesting and why getting burned over the years may be part of why I have been avoiding the issue focus side of the grassroots grantmaking double helix as it plays out in urban neighborhoods. One part is that we pretend to ask groups that are seeking grants to define the issue side of the equation - what is an issue to them. The other side is about experts, the people who we turn to when we think about issues.

All great people. So we invite them to the table and they do what we want them to do - speak intelligently about the issue and come up with solutions. Once they're at the table, we get so fascinated with them and the solutions that they are proposing that we forget that the community members at the table are experts in their own right - that they are experts in their community with credentials that come from living there. We forget about the "leading from behind" posture that is needed when residents are at the table and active citizenship/civic engagement is (also) the goal. Then we wonder why the community members either check out or defer and we're in charge again, doing the same old thing.

What we've learned after years and years of investing in the smartest issue experts we can find is that the issue experts without the people in a community don't generate change that is viable. We've tried to load up on the issue side and train issue people to be civic engagement experts. We've also tried to load up on the community side and train residents to be issue experts. What we struggle with is how to get the two sides connected in a way that is as strong and spiraling and life producing as a double helix of DNA.

I don't have an answer for what to do, but for me, it is helpful to have a clearer picture of what we're trying to do (create a viable double helix) and to recognize that this is indeed the brain surgery part of grassroots grantmaking.

What do you think? Have I been in the fresh air of Vermont for too long? Or does this resonate with your experience?