A Working Definition of "We Don't Begin with Residents" 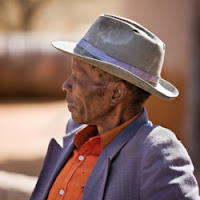 In the grassroots grantmaking world, we talk about working from a "we begin with residents" point of view. We're talking about institutions - funding institutions, primarily - working intentionally to control their tendencies to think that they know best and to put residents in the driver's seat when it comes to setting priorities and moving agendas that affect their own neighborhoods.

Everyone these days is facing budget cuts, so it was no surprise when I read today that the City of Memphis is slashing budgets to make ends meet. I lived in Memphis for most of my adult life and still think of Memphis as my second hometown. I know the neighborhoods in Memphis, admire the keep-on-keeping-on spirit of the people in Memphis' inner city neighborhoods.

It appears that the city parks budget is taking a hit, and that community centers are adjusting their hours. That's bad but not surprising. What surprised me is how community centers are cutting their hours. Most will now be closed on Saturday, many will close at 5:00 p.m. That's dandy (aka convenient) for the staff who run the community centers, but what about the community? It appears that there has been some seemingly logical "Sophie's choice thinking" going on - make a choice between accommodating the senior citizens groups or the young people. If seniors want to use the centers in the morning, then the kids find doors locked after school. If the centers are open for the young people after school, the seniors need to find another place for their day-time activities. Take your pick. I wonder what other more creative options would have surfaced if the Parks Department had asked for help with this dilemma, beginning with a question of what to do rather than the answer of what will be done.

The Parks Department director commented that while the parks department has determined hours, community groups are free to meet among themselves and make suggestions for different hours. Right.

So here is a working definition of "we don't begin with residents".