Drawing a Box Around Civic Life 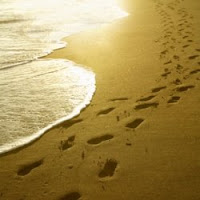 I like the way that David Mathews, President of The Kettering Foundation, describes civic life. He talks about civic life as sand - always shifting but always there. His analogy connects with my experience. I've thought of civic life as ebbs and flows, with people coming in and out of the action as their interests and life suggest - with a constant push and pull between civic intent and personal space. So civic life as sand on the beach really works for me.

In the grassroots grantmaking world where there is a lot of big thinking on small grants, there is also a lot of attention given to building relationships, developing capacity, and fostering change. I've noticed that many conversations about building relationships, developing capacity, and fostering change imply that there is an end in sight - that relationships are built with established leaders, capacity is built within stable organizations, and change occurs when the building phase is over. This thinking is something that we can get our hands around and communicate to our boards of directors and donors, isn't it? Plan it, do it, take stock of the success, move on. Very businesslike.

But how does that thinking really work if we acknowledge that grassroots grantmaking is primarily about invigorating civic life, and if the reality is that civic life is like sand on the beach - always changing but always there? What are the implications? Here are some that come to mind to me:

I understand why the constantly moving aspects of civic life can be challenging for funding organizations. But attempting draw a box around civic life with inappropriate outcome measures and rigid funding processes may be like re-engineering a beach with walls and grading. You still have the beach, and it's now more predictably present and will be that way so long as you keep grading and reinforcing. But now you are working against rather than with - the sand, after all, is still moving.

Do I need time on the beach or does this analogy work for you? What are you doing to embrace the ebbs and flows of civic life in your grassroots grantmaking work and to do as little "beach re-engineering" as possible? Post a comment to share your thoughts.