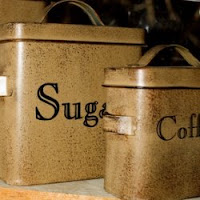 I was in Dayton earlier this week, swimming around in the intellectually stimulating and fascinating swimming pool known as The Kettering Foundation. For those of you who may not know The Kettering Foundation, it's an operating foundation that works on strategies to strengthen democracy. The primary question addressed by its research today is "What does it take to make democracy work as it should?"

David Mathews, Kettering Foundation President, opened the meeting I attended by saying something that really stuck with me:

Community resilience is more important than a well-stocked pantry.

Mathews was talking about what happens in the 72 hours after a hurricane hits a coastal community - that time when it's all about the people who are there, before relief from outside is fully organized and in gear. What is most needed, what is most important in that time when everything, literally everything, is on the line. He was using Hurricane Katrina to make his point, but he could have used the current foreclosure crisis, the highway-through-the neighborhood crisis that I experienced in my Memphis neighborhood, or the slowly creeping, invisible but oh-so-visible crisis of disinvestment in a neighborhood because of white flight, red-lining, or a hundred other reasons.

Community resilience. Merriam-Webster defines resilience as an ability to recover from or adjust easily to misfortune or change. Frederic Flach, in his book Resilience: The Power to Bounce Back When the Going Gets Tough! says that resilience is the particular strength that we all require to cope with the cycle of disruption and reintegration that is the necessary part of the human being's adaptation to change. The Australian Inclusion Board describes community resilience as the capacity of communities to respond positively to crises - the ability of a community to adapt under pressures and transform itself in a way which makes it more sustainable in the future. Rather than simply "surviving" the stressor of change - including a community's own internal vulnerabilities as well as broader political, economic and physical environment influence - a resilient community might respond in creative ways that fundamentally transform the basis of the community.

It's what make the difference between communities that die or free-fall into decline and those that keep going and thrive. In my mind, it's possibly THE reason for funders to invest in grassroots grantmaking.

I've always been a bit uncomfortable with the language about community change. We talk about community change as if a community changes and then is changed forever. But in Port Arthur, the Gulf coast town where I was born, we knew a basic truth was that we would have hurricanes from time to time, that eventually another storm would come. In Memphis, Tennessee, where I have lived most of my adult years, we didn't have hurricanes but had a series of other natural and unnatural disasters that called for community resilience. The Garbage Strike and the assassination of Dr. King, the construction of the interstate highway system that decimated inner city neighborhoods, the current rash of politcal corruption and poor management. Rural Texas where I live now has experienced major floods every thirty or forty years, and is currently enduring one of the most severe droughts on record. And then there's what is happening in communities everywhere because of the economy. The point is that creating change isn't enough. It's about being able to live our lives, knowing that we can cope with whatever comes our way next.

As I have been thinking about Dave Mathews' statement - community resilience is more important than a well-stocked pantry - I have realized that THIS is why I'm so committed to grassroots grantmaking and why I want more big thinking on small grants. Connecting with residents in a way that builds and strengthens connections among residents, reminds them of the essential nature of their active citizen role, reinforces their sense of place, expands their vision of what is possible, renews their hope in the future - this is the business of grassroots grantmaking. And, to me, it's all about tending to the important business of building community resilience.

So let's not talk so much about change and talk more about resilience. It's more in sync with the way things work, isn't it? And while we're at it, when we're drowning in measuring outcomes, tempted to over-intellectualize our grantmaking, beginning to equate impact with dollars invested, wondering if it's worth investing the time and relatively small amount of money required for grassroots grantmaking, let's remember what Dave Mathews says - that when times get tough, community resilience is more important than a well stocked pantry.