What Happens When Money Is In the Picture? 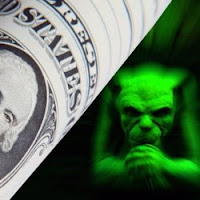 Whenever the conversation turns to money, I pay attention. Why? Because I work with funding organizations where using money artfully to make something happen is a core business. What I have noticed is when money is the topic, that the conversation goes one way or another.

Way #1: Money=magic. How to get it may be somewhat mysterious, but when you get it , you’ve got it – success, that is. Everything else falls in place.


Way #2: Money is the root of all evil. When you add money to the picture, everything else goes awry. People get weird, motivations shift, creativity and ingenuity get put on hold, and all eyes become super-glued on the money. Common sense goes out the window. Money is in the room.

I was listening intently earlier this month at The Coady Institute’s Asset-Based Community Development conference when the conversation turned to money.

Never begin with money. This statement was made as if it were one of the ten commandments.

And then later everyone laughed when someone said, “We had no money so we had to use our brains”. Clearly we were in “money as the root of all evil” territory.

So just what IS the proper place for money when we’re talking about community well-being?

Here's what I think.

Beginning with money can be a good thing if money is offered as an invitation. If that's the case, money may seem like the first step but it really is the second step. The first step is thinking and planning. The thinking and planning may be one person's dream, or a "wouldn't it be great if...." conversation among neighbors. Money as an invitation is what takes a dream of a "what if" conversation from fantasy to reality. It moves people from wishful thinkers to community changer-makers.

Beginning with money can be a curse if money is offered as a companion to a solution. "Here's what we think you need to do - so who wants to take this money and do it?? In this case the "we" is the funder" and the "so who wants to take this money" is the community group. Funders are good at being well-intentioned about imposing their solutions to community problems - and they often use the opportunity to apply for a grant as the vehicle. It's another version of the "we know what you need" proposition. The alter-ego of funding from a "we begin with residents" perspective, the posture we support as Grassroots Grantmakers.

I've had the opportunity to taste both of these "begin with money" scenarios". I've felt the exhilaration of spotting an opportunity that is a perfect match with what I'm been thinking, and the misery of going after money when I knew it was going to sideline what would really make a difference. And I can say from personal experience, there is nothing as exhilarating as a good fit with an idea and a funding opportunity, and nothing as miserable as a "money for money" situation. Truly miserable.

When it comes to money, I agree that everyone gets weird. People who are normally clear-thinking and full of common sense put their street-smarts aside. People who are working from the position of "funder" succumb to the power that money brings to their position. If you're NOT a funder, it's easy to say that we should never begin with money. But if you are a funder who is charged with making change with money, what do you do?

If you are thinking big about small grants, you are thinking about how money as leverage for dreams and passion. That's different than money that is paying for services or supporting people in service positions. Grassroots grantmaking, with its focus on largely unstaffed groups and ideas, is perfectly positioned to navigate around the problems that money cause. Doing so require a funder who approaches his or her charge with reality and humility. Reality - knowing that people get weird when it comes to money and will readily put their brains on hold in pursuit of money, but that money can be a powerful activator. And enough humility to avoid using their position of power to using money as a motivator.

Activator or motivator? Isn't that the central question when it comes to money as an agent of community change? What do you think?