Who Has Baggage to Check? 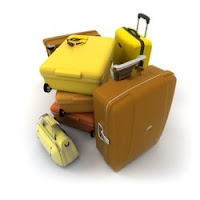 I had a cup of coffee with Jim Diers when I was in Seattle recently, and have been thinking about our conversation ever since. I first met Jim at a gathering of the Asset Based Community Development "faculty" in Chicago several years ago. Jim has been a leading innovator in the small grants world since his fourteen year tenure as Director of Seattle's Office of Neighborhoods. Jim brought his experience working as a community organizer and his academic background in third world development to his work with city government. We are lucky to have Jim's experience there, building the Office of Neighborhoods and pioneering a matching grants program that has sparked matching grants programs in dozens if not hundreds of organizations across the world in Jim's book, Neighborhood Power: Building Community the Seattle Way.
So here's the big thing that keeps coming back to me from my coffee shop conversation with Jim. Jim remarked that local governments need to shift their thinking to be effective in forming productive partnerships with community groups. Yep. Flash back to another point in my life when I hired a babysitter, put on my one "go to meeting" dress, drove downtown, found a parking place and fed the meter, only to get the run around once I was inside city hall in search of information or trying to find a "public" meeting. Fast forward to recent conversations when city staffers were talking about citizen participation as a necessary evil that should be managed. Or hearing a funder complaining about the frequent calls from a novice grantseeker. Baggage.
Then Jim began talking about another type of necessary shift - a shift in the perception that community residents have about city government, triggering another flash back to a time when my neighbors and I met any contact from city staff or elected officials with suspicion and went armored with skepticism and fear to public meetings. Or in those pre-application meetings of our neighborhood grants programs when I was grilled about hidden agendas or secret trap-doors that will make the promised funding inaccessible. Or hearing doubtful chuckles when I speak with a group of neighborhood leaders about the possibility of developing trusting, give and take relationships with funders. Or just last week in the presentation I made at the Neighborhoods USA conference in Spokane, when half the hands in the room went up when someone asked why there is so much distrust between neighborhood folks and city hall. More baggage.

In the grassroots grantmaking world, we talk a lot about the shifts in perception and practice that enable funders to open up the new set of possibilities that come with grassroots grantmaking. But we don't talk much about baggage that comes with being on the other side. Or that sometimes people we call neighborhood leaders don't always take the high road. That neighborhood groups aren't always oriented to include rather than exclude. That egos and the desire/need to make a buck aren't at play - and get in the way of things we call community building or being neighborly or even working smart.

What if we could put judgement and assumptions about motives aside, and assume that we're all really interested in the same thing? What if we were all willing to take a critical look at the baggage that we've bringing into the room and check the baggage at the door? While we as funders are working on checking our own baggage, what could we do to help groups that we fund know that we don't expect them to be baggage-less either? How can we communicate that we won't be surprised (or shocked) when we see the overstuffed suitcase that they're dragging into the room? But that it's not a good thing if we pretend we don't see it?

I'd love to continue the discussion that I began with Jim, and hear what you think about the baggage that we all bring to our work together, and how we, as funders, can work to lighten the load. Post a comment!