Possibilities & Assumptions: What's Next After a Small Grant? 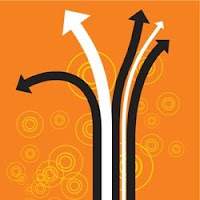 Do all paths lead to a non-profit? Maybe the question that I'm really asking is if in our heart of hearts, we funders believe that the way to effectiveness is through the non-profit door?

It was there in discussions about the theory of change that we are developing for Grassroots Grantmakers: are we assuming that the ultimate objective of grassroots grantmaking is to move groups from "emerging" to a successful non-profit organization?

It was there in a presentation by a colleague who manages a grassroots grantmaking program. When asked about indicators of success, this colleague listed the number of grassroots groups that had become fully established non-profit organizations after they began receiving grants.

It was there in an article that we just posted on the Grassroots Grantmakers website, sharing insights from Doug Woodward and the Battle Creek Community Foundation's Neighborhood Venture Investment Committee about the next step for groups that want to do work that requires a more substantial structure than a group of neighbors can provide.

I will say out front that I have a definite bias on this question - a bias that I'm sure has come across in previous postings on this blog. I've talked about how some funders view their role in deciding who gets to be a 501(c)(3) and who doesn't. And I've politely fussed about funders who wear mono focal lens glasses that allow them to see nonprofits as the primary (only) creators of healthy, resilient communities, leaving other powerful or even essential partners in change standing in the wings.

I believe that the explosion in the numbers of non-profit organizations that we have seen over the past several decades has been fueled by the position that the funding community has taken that to be "legit", you have to be a non-profit. And I also believe that the proliferation of non-profits has sent a signal to good-intentioned people everywhere that we as people can't or shouldn't act in powerful ways - that non-profits have the know-how and responsibility to solve problems and create change. I believe that non-profits have essentially moved into the space that active citizens once occupied - pushing people, as active citizens, to the sidelines as recipients, clients, consumers, participants, complainers, and advisers.

Now that I've been more out front about that bias, I want to commend my colleagues at the Battle Creek Community Foundation for the exploration they have recently launched with the creation of the Neighborhood Venture Investment Program - recognizing that the small grants experience can ignite a social entrepreneurship spark in some people and groups and that this spark deserves and requires a special type of nurturing if it is to grow. Doug Woodard, a member of the team working on this idea in Battle Creek, is wondering about suitable structures from which social entrepreneurs can work - in particular the non-profit structure. And this is an important question. The Harwood Institute for Public Innovation, in their recent publication, The Organization First Approach, talked about the inclination of institutions to turn inward over time - a turning inward that is fueled by an organization's need to take care of itself if it is to endure. Most if not all of the institutions and larger non-profits that we know in our community began as a spark - an idea that a small group of people found compelling enough to move into action. And according to Harwood's research, the natural tendency is for these same groups to become less connected to their community over time unless there is high value and specific attention placed on staying connected. I've seen this - haven't you?

I think many of us -especially in the funding community - have forgotten that much has also been accomplished through other structures. There are those more fluid, ad hoc structures that don't easily fit into one box or another. And, of course, for-profit structures that serve a social mission while generating a profit.

So the question for me is how can we honor and support that social entrepreneurship spark, and encourage people with good hearts and an orientation toward action, without either explicitly or implicitly pointing them to the non-profit path as the only path? And how can we not send the signal - either intentionally or unintentionally - that people who want to continue doing what they are doing in a way that is manageable for them but may seem small-scale to us, are not contributing in a way that has value? That it's okay if you want to continue to have your neighborhood's summer paint program and don't want to form a community development corporation that is equipped to do more significant home rehab? That it's okay if you want to continue with the two week program for kids in your neighborhood every summer without growing the program to be a youth-serving non-profit? That it's really more than just okay - that by doing the paint program or the two week summer program, you are contributing to community viability and resilience in a way that cannot be replaced by all the non-profit service programs in the world.

When we measure the success of our grassroots grantmaking programs by the number of non-profits that have been created or offer training that is designed for non-profit staff members, I believe that we are making an explicit value statement - that we value non-profits more than we value active citizens and the groups that they create to get things done. We are saying that grassroots groups are all essentially baby non-profits and that the goal is to help all of the babies grow up to be full-functioning non-profit adults. And those that don't......we think of these groups as unrealized potential, the victims of arrested development.

What I'm learning from my friends at the Battle Creek Community Foundation is how a funder can support and affirm the contributions of active citizens and resident-led associations, and at the same time acknowledge that, for some (not all) people, the small grants experience ignites a spark that may take them down a new path. I love the way that Doug Woodward and others on the Neighborhood Investment Venture Program committee are thinking - that there may be a variety of new paths and not the "one-size-fits-all" path that we now know as "non-profit". I also love that by creating this new committee, there remains a welcoming and appreciative place for others who are making space in their lives to do what they can do, together with their neighbors.

I think that the question that the Battle Creek Community Foundation is exploring with the Neighborhood Venture Investment Program is worthwhile, and hope others will join in with their own perspectives on the question. What can funders do to support those social entrepreneurs who have a drive and desire to do more can practically be supported by a small grants program? What are the options besides heading down the non-profit path? And if the non-profit path is indeed the best option, what are we learning about what it takes to stay connected and keep the spark alive? Post a comment to join the discussion.