Foreclosures - Is There a Silver Lining? 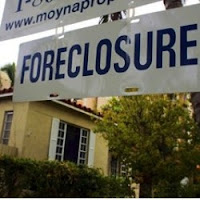 My road trip last week included a day in Minneapolis, attending a day-long symposium on neighborhood response to the foreclosure crisis sponsored by the the National Neighborhood Indicators Partnership and University of Minnesota's Center for Urban and Regional Affairs.

I was hoping to hear that we're turning the corner. Not so. Instead Alan Mallach, Director of the National Housing Institute in Montclair, New Jersey, said that we're no where near the end. He mentioned that in March, there were 250 foreclosures a day. Yikes.

He also talked about the next wave of the crisis....what happens when housing prices go below a certain level. Investors spot an opportunity and voila! Whole neighborhoods that had been home-ownership neighborhoods are now rental neighborhoods. Phyllis Betts, Director of the Center for Community Building and Neighborhood Action and InfoWorks Memphis in the School of Urban Affairs and Public Policy at the University of Memphis confirmed this finding, saying that she is seeing signs that some Memphis neighborhoods will be neighborhoods of renters rather than home owners in the near future.

Mallach also said that once foreclosures destabilize a neighborhood, that destabilization cannot easily be undone by dealing with the foreclosure issue alone. He said that a more comprehensive approach will be needed to tip the scales from destabilizing to stabilizing events. Looking at housing transactions alone won't be enough.

Later in the day, someone remarked that this is not the first time - or will it be the last time - that lending institutions have taken advantage of opportunities to strip wealth out of neighborhoods. That neither government nor foundation investments will endure long enough to fix what just happened. That it is the residents who will be there long-term, either by choice or because they have no other choice.

I've thought about what happens in the four hours after the tornado, the hurricane, the earthquake, or the flood - those four hours before the rescue efforts are fully mobilized to bring relief to people who are first experiencing the community devastation that a natural disaster can bring. Its people helping people, energizing the spider web of relationships that they have with each other in their community and personal sense of "I can do something" to provide the first wave of help. And this is the other end of that - the longer-term, mopping up and rebuilding that is required after a man-made disaster like the foreclosure crisis.

This is what I experienced in my Memphis neighborhood, red lined and tormented for twenty years because of someone had drawn the route for an interstate highway right through the middle of the neighborhood - and then had displaced 200 families and demolished their homes before construction was stopped. We lived day to day with the destabilizing impact of that man-made disaster. We also learned, after waiting for years to be rescued, that it was up to us to tilt the scales back the other way to stability, just as Mallach described. And we did it. Today there are 200 new homes on those once-vacant lots, 200 new families who are now part of the fabric of that neighborhood. The tables turned for us when we realized it was up to us, and when we began to do what we could do and began to believe that we were up to the task.

For funders who are engaged in grassroots grantmaking - who are thinking big about small grants - this is the moment for you to think as creatively as possible about what you can do to help residents in neighborhoods that are experiencing the man-made disaster called the foreclosure crisis begin to believe that they can make a difference - because they can.

Tom O'Brien with Neighborhood Connections - The Cleveland Foundation's grassroots grantmaking program - hosted a forum for neighborhood residents as a way to raise awareness, provide information and stimulate discussion about what neighborhood residents can do. The idea for the forum grew out of conversations with neighborhood leaders about what they were doing - and learning that in some neighborhoods, people were already on board. A natural next step was providing the opportunity for people to get together to share what they are doing and to talk about what more they could do.

The silver lining in this foreclosure storm may be the rediscovery once again that we as people - people living in neighborhoods - are an essential part of any community change or recovery scenario. It's not just nice to have people involved or noble for people to volunteer - it's essential. The real silver lining will be the stronger civic capacity that will inevitably result from people working together on this crisis.

What are you doing to use that magical power you have as a funder to up the chances that neighborhoods in your community will come out of this foreclosure crisis in one piece? What can you do to support neighborhood residents do what they can do to tip the scales from destabilizing to stabilizing events? What are you doing to tell the story of the essential role that active citizens play in creating communities that have the resilience they need to weather this storm and the next?