Another Wrinkle to this New Economy 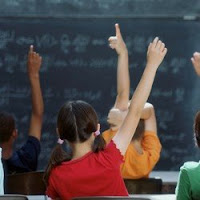 I just heard from Lisa Leverette who manages The Skillman Foundation's grassroots grantmaking program (which is part of their Good Neighbors Program). I sent a query out last week via Grassroots Grantmakers listserv, asking what funders are doing now to make the "now more than ever" case for grassroots grantmaking in these economic times. What I just heard from Lisa alerted me to a new wrinkle in the challenges that we are all facing in this economy. And by "we", I mean all of us who care about people coming together as active citizens in urban neighborhoods and rural communities.

Over the past several weeks, I've pointed to the importance of maintaining or even increasing the resources available for people who are working together at the block level in their neighborhoods and towns. I've been talking about the supply side of the grantmaking equation - assuming that the demand for resources will be greater than ever, and that people are ready to be more active than ever - responding to a new set of challenges (foreclosures, for example).

What I just heard, however, was that at least in Detroit, demand for small grants is down.

What? And why? Here's a thumbnail of the picture that Lisa described:
Of course this makes perfect sense. And of course someone, some where, is going to interpret this as a good reason to put grassroots grantmaking on hold. Probably someone who was on the look-out for a reason - now grabbing onto this situation to make the case that the lower demand is an indication of a lack of interest or need for the funding support.

But it's not that easy. Lisa also said that people are saying that they want to be involved, that they are wishing for a time when they can once more be involved. They're sorry that they can't make it work right now. The demand is in their hearts, but the barriers that are in their way have become too large to hurdle.

If it's about more about roadblocks than demand, how do funders respond to the combination of factors that is making it challenging for people to step out as active citizens?

Here are a few things that Lisa says they are doing in Detroit:
This list speaks volumes about commitment to the notion that people, not programs, make our communities work.

But this is one case in one place. I'm interested in hearing what are you are seeing on the "demand" side of the small grants equation? And what are you doing to clear away the new or more daunting barriers that people are encountering?