Simple = Powerful. Why Is That So Hard? 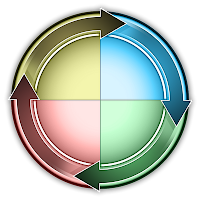 Sometimes I marvel at how hard we make things. When it comes to using money to support active citizens, some things get a lot easier if we can put aside our funder language and go back to what is practical and simple.

Practical and simple is what I thought about when I read this article about a project that has recently been launched by the City of Manassas, Virginia in conjunction with George Mason University and five neighborhood groups. The City sponsored Neighborhood Services Conference drew about 200 people last November. People came and enjoyed the day. But they wanted more.

A neighborhood resident who participated in the first set said

I've already met four or five people who I think are going to be good friends. I've also realized I'm not alone in wanting to do something for the community. Everyone wants to; it's just a matter of reaching out to them through something like this.

That's powerful, isn't it? And the result of George Mason University thinking big about its small grant.

It's also pretty basic. Not expensive, complicated, over-intellectualized or over-planned. Facilitators, space, and the support that people need to make good on good intentions to move more assertively into their active citizen role. The type of support that is supportive and respectful, not intrusive or directive. Simple yet powerful. Way to go.

Now what I'd like to see is who is going to step up to the plate with some small grants to help remove any barriers that might be there as people begin working on the good ideas that are sure to develop in this process. Those ideas that go with a "we begin with residents" way of working. Shouldn't be so hard - even in this crazy economy - right?