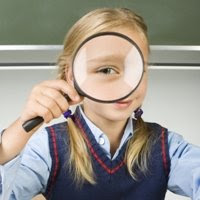 Here it was, right on the front page of yesterday's Houston Chronicle: Some Subdivisions Blame Housing Crisis for Decay. And, once again, something essential is virtually missing from the picture.

But I don't know of any neighborhoods that are built with the idea that one day they would be slums. Something happens - or doesn't happen - or stops happening.

In this case, like in cases in every major city in the United States, an unprecedented number of homes have fallen into foreclosure. And in this case, like in every other major city in the United States, there are people in trouble and blocks in trouble because they have become part of the foreclosure story. The story suggests that here, like in a lot of places where foreclosure has hit hard, the neighborhoods who are now in deep trouble were already beginning to show signs of distress before the big blow that came in the form of the foreclosure crisis. Neighborhoods that are starting to have some problems with their immune systems, so to speak, and are particularly vulnerable.

“With aging infrastructure and no leadership in the community, the civic vitality sort of dies,” said John Walsh, the former president of Friends­wood Development Co. and now the director of real estate and campus planning for the University of Houston System. “At that point, you are entering the death spiral.”

This article closes on a hopeful note - with the community now rallying because of a meeting called by an elected official whose district includes many neighborhoods targeted for Neighborhood Stabilization Program funds.

But this brings me to what is missing from this picture - what I believe is absolutely essential to turning these neighborhoods around and could have put some brakes on the slide.

An investment in the people in the community
and the connections among these people that create the fabric of the community.
What I'm about to say isn't really about Houston. It's about all of us.

Along with taking care of the infrastructure (roads, sewers, lights, sidewalks, power grid) and making sure that sound planning and policy-making are happening, it is my belief that all communities need an investment in making sure that the spider-web of relationships that make a community feel and work like a community remains strong. We have learned that with every significant crisis that has hit our cities, towns and rural areas. When the going gets tough, government help is essential but is never enough. it is the people who keep things going. And people - pulling together - have a strength that is unimaginable during the good times.

Sometimes "community" (or neighborliness, as our good friends in Canada say) just happens on its own. Sometimes it happens for a while on its own. Sometimes it never really happens on its own. My point is that however it happens - invisibly and on its own, or with the nurturing that happens when signals are sent in every way possible (seats at the table, resources such as scale-appropriate grants, recognition - just to begin the list) that this community fabric is valuable, and it needs to be protected and nurtured.

But all along we have needed an investment in the people who make up these neighborhoods and their connections with each other. We can't get out of this foreclosure mess without this investment. If we want to get really serious about the power of small grants, here is the issue. Where is the investment? What piece of the massive Neighborhood Stabilization Fund package is carved out to invest in this part of the community infrastructure? What are local governments doing to include building block clubs on every block in every neighborhood part of their disaster planning? What are private and community funders doing to get out of their nonprofit service provider response zone to invest in people before they need services?

It's not like this is a new idea. There are hundreds of wonderful examples of the power of this type of investment, just about everywhere. There are people who know what to do and how to be smart about using resources for this purpose. We're outraged by the bailouts of the banks. But I'm outraged that we're still banking on programs, not people - and willing to let millions of dollars of investment go down the tubes in neighborhoods (like these in Houston) that should be viable but are now "sliding into slums", when the investment that banking on people requires is so relatively small.

Am I just having a bad day? Or do you feel it too?