Doing What It Takes in Michigan 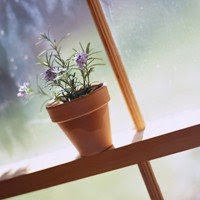 I excited about an article that I just spotted in the Detroit Freepress - Neighbors Work to Protect Vacant Homes. Here's the story of people all across Southeast Michigan who are using good old-fashioned common sense and gritty self-determination to do something about the mess that the foreclosure crisis has brought to their neighborhoods.

There's the courageous "I'll just buy the problem house myself and fix it up" story, but then there are the stories of hanging curtains in vacant windows, mowing lawns and planting flowers, parking cars in empty drive-ways, and installing motion-detectors to deter vandalism. Little things that won't solve the bigger problem, but will add up in a powerful way to buy some time for these neighborhoods until the "turn-around" happens and we can see some light at the end of this foreclosure tunnel.

I'm on the lookout right now for these stories for several reasons. First, I know (don't we all?) that no amount of money coming from the federal government can fix what is going on in our communities and that the foreclosure crisis - more so than any other challenge that I've seen in my thirty years of neighborhood work - is demonstrating in every way possible that this is going to take all of us, doing what we can, where we can. The foreclosure crisis is sending a signal that all neighborhoods are vulnerable, not just those "across town" neighborhoods that are so easy for some to write off.

Second, from my own experience working in a neighborhood that had suffered years of neglect and red-lining because it was in the pathway of an ill-fated, never to be built, interstate highway, I know that perception matters, and that perception is something that neighbors can address. Hanging curtains in vacant windows may seem silly to some, but it is the combination of dozens of small acts that send the signal to people in the neighborhood and to those driving by (and forming their own impression about what kind of neighborhood this is and deciding if they would want to live there) that this is a place where people care enough to turn "community" into a verb.

Finally, I've been curious about the funding community's response - looking for places where funders are not retreating into the defensive economic bad-time-blues but are thinking creatively about this time of smaller grantmaking budgets and bigger problems. I've seen it in Cleveland where Neighborhood Connections is using small grants to support residents taking block-level action to combat the instability that has come to their neighborhoods with the foreclosure crisis. And hallelujah, here it is again in Southeast Michigan where the Kresge Foundation and Community Legal Resources have provided grants of $4,000 to $9,700 to nine community groups for things like light bulbs, paint and security cameras to boost the effectiveness of stabilization efforts that the community had initiated. This to complement other work that is going on in Detroit to combat the vacant property problem (see Detroit's Vacant Property Campaign).

Yes, $9,000 is real money. But in the scheme of things, that's not a lot of money - especially when you think about the magnitude of the problem that it is intended to address. What it's buying is not really the light bulbs, paint and security systems - it's investing in residents of these neighborhoods to hang in there and maintain their belief in themselves and their community. And, if you really believe that it's going to take all of us - not just government officials, nonprofit organizations, and business leaders - but all of us - what better investment can you make?