Should We Talk (More) About Belonging? 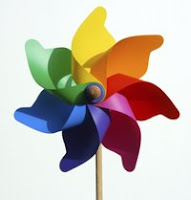 I've been on the move for the past 10 days - lucky to have the opportunity to spend some time in some interesting places, getting a look at grassroots grantmaking from some different perspectives. Here's the first quick debrief from this trek.

But right from the start, a difference in perspective that I began hearing from the Canadian community foundations was intriguing and exhilarating. Beginning with the plenary on the first morning and continuing through every session and presentation that I attended - including ours - there was this word that we seldom hear in the United States. Belonging.

Belonging appeared first in John Ralston Saul's opening plenary when he talked about the collapse of globalism and the need to re-examine assumptions that are behind the charity-model. Saul called for the more aggressive pursuit of an alternate way of thinking - especially about belonging, a concept he feels is central to understanding how we rebuild citizenship.

Belonging appeared again in the session that I attended on Vital Signs, an annual community check-up conducted by community foundations across Canada that measures the vitality of cities, identifies significant trends, and assigns grades in at least ten areas critical to quality of life. One of the ten critical areas that is measured in cities across Canada is belonging and leadership.

And belonging was an important theme that emerged again in our session. Julie Black talked about using grassroots grantmaking to promote belonging and neighborliness - to help people in neighborhoods be good neighbors. Lidia Kemeny talked about the partnership that the Vancouver Foundation has with eleven neighborhood houses that has allowed their grassroots grantmaking investment to show up in very local, resident-centered ways; each neighborhood house serves as a grantmaking locus, with residents from the surrounding neighborhood serving as the grant award panel. David Derbyshire talked about The Hamilton Community Foundation's strategic decision to move their highly successful Growing Roots program from inside the foundation to the community - housing it in various neighborhood locations. And, all three said that in these difficult economic times, this very local, belonging-oriented work is more important than ever - that other programs might be cut, but not these.

On my way home from Canada, I was thinking about belonging - how we talk about belonging in the United States and what evidence there is that belonging is something that we value. I couldn't find the word that suggests the blend of personal and community - that captures the relationship that we have with places where we feel welcomed and at home - that comes with "belonging". Not civic engagement, not citizen participation, not resident - at least not to me. So is there a word that I'm missing? Or is belonging missing from our conversations because belonging is not something that we value? Or is belonging something that we value but have not associated with our grantmaking? And if that's the case, is it something that deserves more attention - and if so, what would you think about and look for if you were tracking "belonging" in the same way that you track other indicators of success?