What It's All About: Strengthening Neighborhoods in Denver

I just returned from a day in Denver that was a wonderful reminder about the power of thinking big about small grants. Last Friday, I spent half a day with Patrick Horvath and the Strengthening Neighborhoods team from The Denver Foundation. Patrick had organized a half-day site tour on neighborhood grantmaking that was part of the Association of Small Foundations' annual conference. He asked me to partner with him and The Denver Foundation's team on the site tour to set up the tour with some remarks on grassroots grantmaking and the "think layers, not ladders" strategy of grassroots grantmaking. My pleasure. 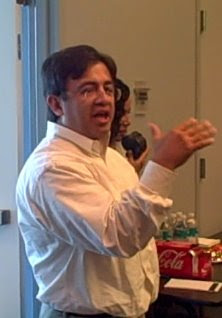 Really my pleasure. The Denver Foundation's work with Strengthening Neighborhoods is exemplary - some of the best of the best in the grassroots grantmaking world. I have followed The Denver Foundation's work for more than ten years and have seen it grow and deepen. Over those ten years, I have admired the keen interest in learning that permeates the work there. Our network has benefited from the spirit of generosity with which the staff there have shared their work - what they are learning, what they are working on, where they are challenged. Nothing is on automatic pilot with this group and each new phase of their work benefits from this learning orientation. 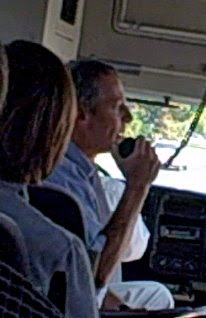 I have also noticed the deep commitment that is there at all levels - board, senior leadership and on the ground staff members. To me, making the Strengthening Neighborhoods work a permanent program of The Denver Foundation rather a special time-limited initiative speaks of this commitment. As does annually dedicating a percentage of the Foundation's unrestricted grantmaking to Strengthening Neighborhoods. As does the Board's openness to funding "spicy groups". And then there's the Foundation's ability to attract (and keep) a talented staff. Not to mention inviting some of the remarkable neighborhood leaders that they have discovered over the years to join The Denver Foundation's board. For me, all of this is about commitment to walking the walk of grassroots grantmaking. We began the day with a casual lunch and time to talk about what was in the store for the day. I talked about the "layer cake" strategy of grassroots grantmaking and some of the unique aspects of the Denver program. Of the 30+ people with us for the afternoon, about half were already engaged in neighborhood grantmaking and the other half were curious about what it takes. I was trying to help people see some of the choices that funders can make about staffing, providing technical assistance, and making grant decisions and to let them know that what they would be seeing with Strengthening Neighborhoods is just one combination of options. And that there is not just one way to manage a grassroots grantmaking program - that it's more about knowing your community and doing what works best in your particular context.

The site tour was well-designed and inspiring, with three stops that allowed us to witness and experience the work of Strengthening Neighborhoods - from relatively simple grants for community gardens to the leadership training to helping residents band together to change the way things work in their community. The people who signed up for the tour, primarily staff and trustees with small foundations, were savvy participants. They were incredibly attentive and asked wonderful, thoughtful, and appreciative questions. After the first stop, I heard one person say that the conversation had been so rich that this one visit had made the experience worthwhile for her. And by the end, someone else mentioned that this site tour was the most well-designed that he had ever experienced. Yes, indeed.

I am the lucky one. Because of my position with Grassroots Grantmakers, I am privileged to travel from place to place, visiting with members and participating in tours like this with good people who are investing in the power of ordinary people to change their (and our) communities. What struck me this time, however, were the stories of personal transformation that we heard. At every stop, we met people who shared stories of how they had been changed as they worked to change their community.
Everyone talked about what this experience - becoming a more active citizen - has meant to them, how much it had taught them about themselves, and how much stronger they have become.

It's easy to get focused on the big picture of community change and overlook change in neighborhood residents as they find their voice and their own personal power. This day was a powerful reminder for me that when we talk about grassroots grantmaking and wonderful programs such as Strengthening Neighborhoods, we're really talking about people. Amazing people who are doing exceptional things every day on their active citizenship journey. And amazing people at The Denver Foundation who are doing this wonderful work. Can you tell I'm smiling? Wouldn't you be?

Visit the profile of Strengthening Neighborhoods that is on Grassroots Grantmakers website.