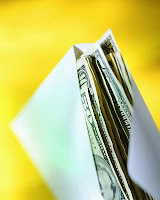 In polite company, there are things we don't talk about - right? Religion, politics and......money. At least that's how it was in my family.

I, like a lot of people, am quite artful in making polite talk about money. It's polite to talk about the cost of gas or to share a tip on how to find a deal. It's not polite to ask someone how much they make or how much they owe on their credit cards. In our everyday lives, we each have our own comfort when it comes to talking about money. And if our comfort zone is very small, we can usually avoid straying too far out of that zone.

I'm bringing this up because I've had a couple of conversations with funders recently that have me thinking about grassroots grantmaking and money. My conversations have been with funders who are quite comfortable cutting (large) deals with nonprofit organizations, but who are out of their comfort zone when it comes to making grants to support people in their active citizen role. I was talking with one funder recently about their interest in strengthening leadership at the neighborhood level and asked if there were grants available to support the type of neighborhood projects that help develop leaders in a "learn by doing" way. "Oh no" was the answer. "We don't pay people to be leaders". It's okay to pay trainers to transform ordinary people into leaders. But it's not okay for money to enter the picture when people are using their leadership skills in their active citizen role.

I recently posted a query on Grassroots Grantmakers' listserv about stipends - how funders are approaching the question of stipends for "volunteers". This query generated a lot of discussion but no consensus. It's apparent that this is a thorny question even for funders who are actively engaged in grassroots grantmaking. It's also apparent that there's no clear right and wrong.
The stipend question and even the question about grants to support a neighborhood leadership effort remind me of some questions that parents face. Do you pay for good grades? Do you tie allowance to chores? Is it okay to include money in the incentive/reward/punishment bag of tricks that you use as a parent? If so, what are the rules? What are the unintended consequences (and aren't there always unintended consequences?) that you may have to manage in the future?
The difference is that grantmaking - unlike parenting - is intrinsically about money. We work hard to position grantmaking as more than just money - especially with grassroots grantmaking, where the funding is highly relational - but when push comes to shove, it's about money. Good funders are good deal-makers, and at the heart of every deal (even if money isn't front and center) is money - isn't it? While I think it is essential for funders to think about how to best use money to achieve a goal, it seems peculiar to me for funders to take money off the table - or to pretend that money has no place on the table - when real people (vs agency professionals) are at the table.

When this happens, what's behind it all? Is it that fear of dependency that funders have? We know that nonprofit professionals will find us and create more opportunities to say no when our resources aren't growing as fast as the demand for grants. We've largely been incognito in the eyes of informal groups of residents who aren't schooled in grantseeking. So open the purse to one of these groups and the word will get around. Is that it?

Possibly, but I think there's something deeper. It's may be that we don't believe that our investment in active citizens will add up to anything that we can justify or that we somehow think that money will pollute the world of active citizenship. Most of this blog is devoted to the first possibility and so I won''t delve more into that in this posting. Let's spend a little time on the second possibility.

I think the second possibility - money as polluter - factors in more than we may realize. Our frame of reference when dealing with nonprofit professionals who ask us for money is professional to professional. There's a slightly different frame when we are talking with ordinary people who do not work in the nonprofit sector. It's professional to citizen - but it's also citizen to citizen. When we turns the lights out at the office at the end of the day, we are all citizens and have a frame of reference and experience that we bring, knowingly or not, to our decisions about promoting active citizenship.

I work for Grassroots Grantmakers but I also live in a neighborhood. I choose to know my neighbors or not - or to participate in our neighborhood's National Night Out event or not - or to attend a public forum or not. Money isn't usually the reason I select "not". For me, it's usually about time and competing priorities. It would seem peculiar for someone to offer me money to opt in when it's not money that's behind my opting out. As the over-busy people that we are in the funding world, my hunch is that we are all opting out more than we would like and know that money's not the problem.

But in some cases - for many people in many neighborhoods - it is. Not the main problem, possibly, but one of many that sits in the space between intention and action. Transportation, babysitting, time-off to attend meetings - all costs associated with participating. And then there's the small change day to day costs associated with "groups" that quickly add up to real money (making copies, providing refreshments for meetings, for example) and those things that you need for group projects even when no one is getting paid. The dues for my neighborhood group were $10/year and believe me, we counted and stretched our pennies. And to stretch our pennies, we had to stretch ourselves in ways that were hard for outsiders to see or appreciate. You can do the math. Imagine the leverage of a scale-appropriate grant of $2,000 to such a group.

So what's the big deal about money? Let's think more about what might be taking us out of our comfort zone when it comes to using money to support and invite active citizenship. Let's continue to work on getting better at justifying the investment, but not be afraid of the investment for reasons that we haven't challenged or examined. Let's talk about the challenges of the citizen to citizen frame when we're in our roles as grantmaking professionals. Let's not pretend that money doesn't matter.
No comments: Links to this post

The Sound of Patient Money 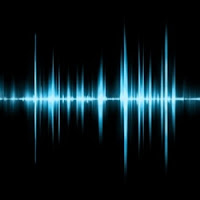 The sound of patient money always catches my by surprise. This happened again recently when I was attending Everyday Democracy's national conference in Denver. We were talking about the intersection of race and democracy when a woman from Indianapolis began telling a story about young people finding their voice - and how finding their voice began with a photography project. She had worked with these young people and told their story and her story with captivating passion. As I listened, I began to hear the sound of patient money.

What do I mean by patient money? In the grassroots grantmaking world, we have learned to look at the work of grassroots grantmaking with both a long-term and short-term lens. Grants are made today. Relationships are nurtured today. Projects begin today. And sometimes the today-part of the work feels insignificant, maybe even trivial, when we think about the challenges our communities are facing.

But we have seen that those grants, relationships and projects add up to something that takes a long-term lens to see and even imagine. When we talk about patient money, we are talking about a funder's commitment to the long-term with the understanding that long-term results require patience. Patiently maintaining an open door to funding. Patiently listening for opportunities to make a strategic investment that will maintain or build momentum. Patiently nurturing relationships.

When I talk about patient money, I'm talking about a consistently available and accessible pool of money that grassroots groups can tap into from time to time to help move an idea into action. Available and accessible, but not guaranteed or automatic. An invitation rather than a promise. It can reside in one place or in several places. The important thing is that it is always there - somewhere.

As I was listening to the story of young people finding their voice, here is what I heard:

We had this idea and tried it out.......this happened and then we did this.......we got a grant from a program called GINI that helped us to this. By this time, the young people were doing this.......and we had new people and energy and another great idea......and we used a grant from our community foundation to help us get that done......and that led to this. And so this is what we learned.....and this is what we want to do next.

To me, this is the sound of patient money.

I was in Greenwood, South Carolina recently, working with a group of neighborhood leaders who are being very intentional about expanding their awareness of the many assets within their neighborhoods and doing their work in a way that invites people and organizations to contribute.

I began my part of the conversation by asking everyone to stand and join me in a community builder's pledge (crafted on the spot) that went something like this: I thought that this would be a friendly way to set the tone for the day of work together. What surprised me were the requests that I received for the pledge. I recently learned that one group is now using the pledge to open their neighborhood meetings.

So here’s a challenge for funders and others who are supporting residents and resident-led organizations as the community-builders, agenda-setters, change-makers and envisioners of the future for their neighborhoods:

My hunch is that many funders - like many neighborhood residents - find it easier to embrace the ideals of the pledge than to figure out how to translate those ideals into action. Certainly there will always be people, both inside and outside of the neighborhood, who don't buy the idea that everyone is gifted - or that the gifts that residents bring are the right gifts - for the big work of community building and change. But there are lots of people who are sincere in their commitment to the ideals of this pledge but then get sabotaged by established practices and policies that send them down the a path that is littered with unintentional messages and consequences. Messages such as:

I'm curious to learn more about how you do with the pledge - and how you might use it to help you spot opportunities to bring your actions more in line with your values.

Anyone ready to take the pledge?
No comments: Links to this post