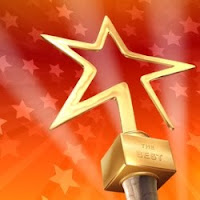 This is not the beginning of a video-series - just an opportune moment to say congratulations to the wonderful staff at the Indianapolis Neighborhood Resource Center (and Marc McAleavey, in particular) for taking top prize in Everyday Democracy's "Making Every Voice Matter" video contest. In their announcement of this award, Everyday Democracy says that "the video shows that all kinds of people are having a voice in improving Indianapolis neighborhoods. And it demonstrates that by employing simple production techniques, a community can use video to showcase its work in a medium accessible to lots of people."

I agree. But what I love about the video is the "everyday-ness" of the scenes matched with the dramatic intro. The photos that we see could come from any one of the hundreds of neighborhood meetings that I have attended over the past twenty years. In one sense, there's nothing special about what we see. But in another, everything that we see is special. That's the power in this video for me. It reminds me of how easy it is to take everyday things - like people talking with each - for granted when we are looking for big wins.

The Indianapolis Neighborhood Resource Center (INRC) is one of the gapper organizations that I referenced in my recent Gapper Part 2 post. Such a wonderful organization - every community should be so lucky! The INRC came into focus for me four years ago when Grassroots Grantmakers featured the INRC's innovative work with the Study Circles Resource Center (now Everyday Democracy), the Central Indiana Community Foundation and Making Connections Indianapolis on a topical conference call.

I have been a long-time fan of the study circles process and was excited to see the creative and thoughtful way the team in Indy was using the study circles process for community building in specific neighborhoods. Since 2000, the INRC has engaged more than 1,600 residents in dialogue for change on a number of issues, including building strong neighborhoods, child development, public safety, creating a community vision, and youth. The center offers coaching, help with recruiting, technical assistance with dialogue implementation and action forums, and other support to move action ideas to outcomes with small grants that are made possible through the Central Indiana Community Foundation.

The INRC's award winning video tells the story of the power of the study circles process to support everyday democracy in Indianapolis. The INRC plans to share this video with facilitators and supporters to highlight all of the dialogue and action that’s happening in Indianapolis so that they can gain a better understanding of the program. They plan to use the $1,000 award money to train facilitators and participants to use video to tell their stories about their dialogue-to-change experience.

Here’s how the INRC describes the video:

Connections. Conversation. Community. Action. Thousands of residents in Indianapolis have joined their voices together to make things happen, to make their voices matter. Be it by way of celebrating a collective identity, restoring peace in a neighborhood, or amplifying the powerful voices of youth, Study Circles in Indianapolis has made a positive impact on life in this place. Conducted in neighborhoods all around the city, Study Circles has been a dynamic vehicle for allowing people to act in the core of democracy. Just see for yourself.


Thanks to Everyday Democracy for inviting organizations such as the Indianapolis Neighborhood Resource Center to tell the story of dialogue in action in their communities through video.

And congratulations again to the Indianapolis Neighborhood Center. I can't wait to see what you do next!