Working in the Gap 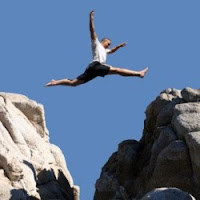 I just returned from a gathering that Grassroots Grantmakers hosted in Tucson that reminded me of two things: the powerful and critically important role that gappers play in our grassroots grantmaking world, and how easy it is to overlook or misconstrue the work of good gappers.

I'm preparing to head off to the Council on Foundation's 2008 Philanthropy Leadership Summit, and know that I'll come back with information and idea overload, so am doing three quick posts before I leave on "working in the gap" - this one on the general idea, the second on the gathering in Tucson, and the third on some implications of "working in the gap" for those of us involved in grassroots grantmaking.

Jody Kretzmann, co-director of the Asset Based Community Development Institute and a long-time teacher and friend, provided my first introduction to the gapper concept in a talk (see the pdf, "Jody Kretzmann on Small Grants Programs") that he gave at a gathering of community foundations when Grassroots Grantmakers was in its formative years. This was a while ago, but I remember so vividly the way Jody framed the world of grassroots grantmaking as the intersection of the world of systems and the world of community. The gapper term came later, but Jody, in this talk, clearly described what is essential and what is challenging about the gapper role - the need for people and organizations who in that gapper space to be truly bi-cultural. Gappers are comfortable in the the world of community, at ease in the world of big systems, and have the ability to serve as translator/connector between these two different worlds.

A number of years ago, two of my Asset Based Community Development Institute colleagues teamed up to take the first (maybe only) systematic look at the role of the gapper. Tom Mosgaller (who, I believed, coined the term "gapper") and Tom Dewar collaborated on some research that was supported by a grant from the MacArthur Foundation. Sue Reynard served as the principal investigator.

The project has its origins with Tom Mosgaller who began to notice people who received little or no recognition for their work as rebels within institutions, and the role that they were playing in shifting the reality about what institutions could and should be doing. The MacArthur funded project began with the idea of learning how these people did what they did, and what we could learn to help support and encourage their work.

The report from this project is posted Grassroots Grantmakers website (see the last item under the heading "From the Asset Based Community Development Institute Faculty"). The report is a good start at looking at the world through the eyes of a gapper, but my hunch is there's so much more for us to learn. But let's start with the report. Here are some quick excerpts.

What are the common denominators? Who are the people who work in the gap and what is their role?

The report echoes what Jody described in his "ancient history" speech - that it is the combination of community-oriented values and the ability to be effective working within a bureaucracy that sets gappers apart from others. The report identified three specific themes that were uncovered during interviews with people who are in the "gapper" role:

What's not said?
What the report does not say is how important it is for a gapper to have someone "up the line" who values this institution-community bridging work, and clears the way. I think of Christine Soto and Jeff Hirota at The Denver Foundation. Lesley Grady at the Community Foundation for Greater Atlanta, Brenda Hunt at the Battle Creek Community Foundation. All serving as essential "up the line/clear the way" partners to the wonderful gappers in these funding organizations.

It's easy to forget this "up to line/clear the way" question because it's easy to forget that the role of the gapper is to fan the cross-breezes that bring change to the community AND to the organization in which he/she works. My hunch (and my experience) is that bringing change to the gapper's organization might be the most challenging parts of the job....made almost impossible if there's not some like-minded partners inside the organization who are positioned to help shift the paradigm under which their organization has gathered.


It's too easy to say "let's find this bi-cultural, multi-lingual person and assign them the job of chief gapper with our grassroots grantmaking program." In the grassroots grantmaking world, I know some amazing gappers. And I know some amazing gappers who were such square pegs in the round holes of their organizations that they burned out and disappeared from the scene.

I'm bringing up this conversation about working in the gap with the hope that having a name for the special role and special sets of skills and abilities that go with succeeding in the gapper role will inform thinking about staffing grassroots grantmaking programs. When I tell people that the success of grassroots grantmaking programs has a lot to do with appropriate staffing, what I'm not saying clearly enough is how important it is to find a good gapper and give him/her some room.

I'm also hoping that grassroots grantmaking organizations will consider how to make the most of the inside-the-organization change making possibilities that having a gapper in the mix provides. Is the gapper in your life a square peg in the round hole you keep reinforcing, or are you opening space for some different geometry?

Stay tuned for a look at gapper organizations (aka local intermediaries) in the next installment on working in the gap.