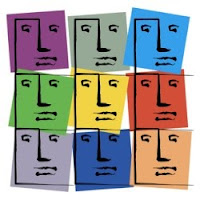 Here's a question that I've been thinking about since last week's top-down/bottom-up posting on the closing of branch libraries and community centers in Memphis:

If branch libraries and community centers are indeed valuable neighborhood anchors, why aren't neighborhood residents outraged, or at least speaking out, about their imminent closure? If the "top" has made a decision that will be bad for the neighborhood, where is the "bottom" (and why aren't we hearing from them)?

This question led me to a wonderful new report issued by the Woods Fund of Chicago on Chicago's South Side Initiative. After looking at the distribution of their grants over the past decade, the Woods Fund, with its long history of support for community organizing in Chicago, asked why some of the poorest and most distressed neighborhoods in Chicago were not engaged in community organizing. What they learned is that residents in these communities thought that organizing was about asking the government to provide needed services - not increasing the power of citizens to shape the future of their neighborhoods and the larger community. The Woods Fund learned that they needed to invest in increasing organizing capacity on the South Side - identifying opportunities to connect with residents and grassroots groups in new ways, and supporting their learning journey about the difference between asking for services and working from a position of knowledge and power.

Community organizing is in the water in Chicago. It's not in the water - or anywhere else - in Memphis and many other cities, especially in the South. This plays out with neighborhood residents taking on a service agenda as volunteers - volunteering to clean up their park, volunteering to fight crime as part of a walking patrol, volunteering to provide kids with more options after school or in the summer.

Volunteering is wonderful. But there are questions behind the issues - parks, crime, youth - that need more than volunteering. They need people acting as "active citizens" - bringing their values, their wisdom, and their hopes for their community to policy and decision-making tables with authority and power. When volunteering is the only perceived role for residents, it's a lot easier for residents to accept decisions such as those the Memphis Mayor made about branch libraries and community centers as outside of their control and not really their business.

There are important lessons from the Woods Fund's South Side Initiative for such places. And, a reminder from Memphis about why this lesson matters.